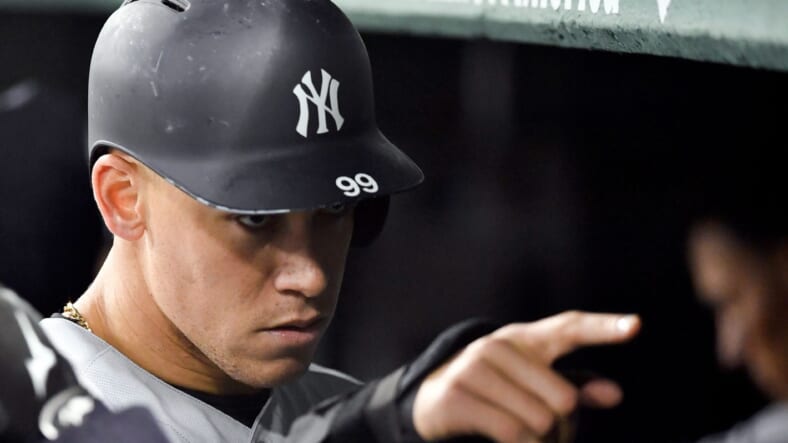 Today (4/26), New York Yankees all-star right fielder Aaron Judge celebrates his 28th birthday. Though he’s only been in New York for a few years, Judge has quickly made himself the face of New York.

Judge graduated Linden High School in California in 2010 and was selected in the 31st round of the draft by the hometown Oakland Athletics. He opted to go to college and spent three years at Fresno St. before being drafted in the first round by the Yankees in 2013.

The 6’7 outfielder never played a minor league game until 2014, but it took him just a year and a half to make it to AAA. He started 2015 in AA and was called up to AAA in the middle of the season. Judge struggled in AAA and then began the 2016 season there. He bat .270 with 19 home runs before getting called up to the Yankees in August of 2016.

It didn’t take long for Judge to steal the hearts of Yankee fans. He went yard in his first at-bat, going back-to-back with Tyler Austin, also making his debut. Judge hit .179 in 2016 with the Yankees, and there were doubts about whether he should start 2017 in AAA again.

He bat .333 in spring training in 2017 and was able to land one of the final roster spots with the Yankees, and the rest was history. Judge hit .284 with a then-rookie record 52 home runs, 114 RBIs, and an incredible .422 OBP. He was snubbed of a gold glove, but won Rookie of the Year and finished 2nd in MVP voting to Jose Altuve.

Coming into his fourth full season, Judge is looking to have a big year. If he can stay healthy, he can accomplish big things as he did in 2017. He’s been trying to cut down strikeout numbers, but his high OBP makes up for extra strikeouts.

Happy Birthday to Aaron Judge, the face of New York! Enjoy your day, and stay safe!