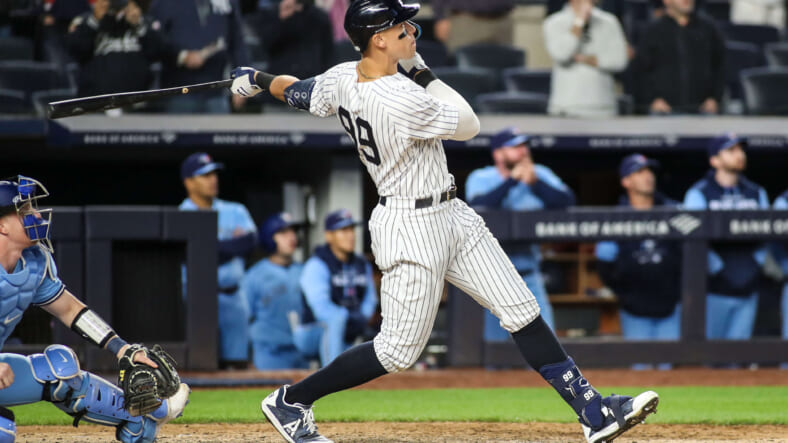 The New York Yankees know that the clock is ticking when it comes to Aaron Judge. Don’t just take my word for it, General Manager Brian Cashman said it tonight. Cashman met with the media shortly after Aaron Judge was named the American League’s Most Valuable Player.

The Yankees GM is participating in the annual Sleep Out for The Covenant House to raise awareness for youth homelessness. He said that he sent Judge a text congratulating him on the award and told the media that he wanted to call, but wasn’t able to.

In meeting with the media, Cashman opened up on their talks with Aaron Judge. Cashman admitted that the Yankees have made a new offer since their last offer in Spring Training. He said that conversations began with Aaron Judge the day after their season ended.

Cashman also talked about the fact that the clock is ticking in terms of his free agency. The Yankees don’t want to mess around and let another team steal him away. Cashman said, “It’s in real time. We’re on the clock. We’re certainly not going to mess around.”

Judge speaks on free agency and meeting with Yankees’ owner

As mentioned, Aaron Judge won the MVP tonight by receiving 28 of 30 first place votes. Angels’ Shohei Ohtani finished second getting the final two first place votes. Worth noting that both of Ohtani’s votes came from the Anaheim chapter of baseball writers.

Judge had a conference call after winning the award where he talked about meeting with Hal Steinbrenner as well as what he’s looking for in free agency.

“For me, it’s — I want to win. I’ve come pretty close with the Yankees. We’ve been one game away from a World Series to getting kicked out in the Wild Card to the ALCS and the ALDS. All around the board. The most important thing is that I want to be in a winning culture and be on a team that’s committed to winning. Not only for the remainder of my playing career but I want a legacy to kind of live on within an organization. So, first and foremost, it’s just about being in winning culture and a winning future…I’m not going get too much into what Hal and I spoke about or (what) moved the needle or not. I thought it was a good sign that he reached out and wanted to sit down one on one and wanted to get a chance to talk. I thought that was a great sign.”

Judge also talked about a potential timeline. He realizes that he’s the big fish for whoever he signs with. He told the media that he knows that moves will follow his signing and once again talked about the importance of winning. Judge thinks his free agency can move fast once it gets going so the team that wins his services can continue building towards 2023.

Judge didn’t show his cards at all with his comments tonight. If Hal Steinbrenner made Yankees fans confident, Judge’s comments should remind fans that there is no guarantee here. I still think New York is where he lands, but it’s going to be an interesting few weeks.