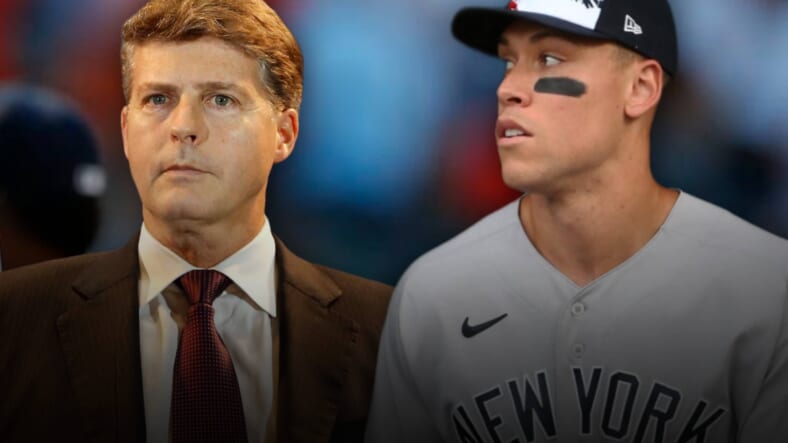 The New York Yankees have made it clear what their top priority is this offseason. Their number one priority is bringing back the 2022 American League MVP Aaron Judge. While Judge of course hasn’t won the award yet, it’s a forgone conclusion that he will be bringing home that hardware.

The Yankees tried to sign Judge to an extension before the season started and failed to come to terms with their superstar outfielder. General Manager Brian Cashman made their terms public in an interesting move which apparently didn’t sit well with Judge or his camp.

Recently, Derek Jeter talked about his free agency experience with the Yankees. On an episode of Drink Champs, Jeter said that he told Hal Steinbrenner and the front office that he didn’t want to go anywhere. He just didn’t want negotiations to be public.

The front office immediately made things public. Jeter made sure to emphasize that Hal Steinbrenner was not the one who made it public. Easy to come to the conclusion that Cashman leaked that information just like he made Judge’s offer public. Seems to be a tactic.

This afternoon, the YES Network tweeted out a clip from their Hot Stove show that will debut next Monday. In that episode, they had a sit down interview with Hal Steinbrenner. Of course, he was asked about Aaron Judge and whether or not he had spoken to him since the season ended.

With a slight smile, Steinbrenner said, “I have had more than one conversation with Aaron since the season ended. I’ll leave it at that. Very positive conversations.” Steinbrenner went on to say, “I have made it clear to him that is our wish (to re-sign him). He means a lot to this organization and I’ve made it clear to him that we will do everything we can to make that happen.”

It’s refreshing to see Steinbrenner getting out in front of this and being transparent about his involvement with the Yankees attempts to re-sign Judge. The full interview comes out on YES Monday and it’ll be interesting to see additional comments from the owner.