Yankees’ Gerrit Cole has ideal opponent in the Guardians 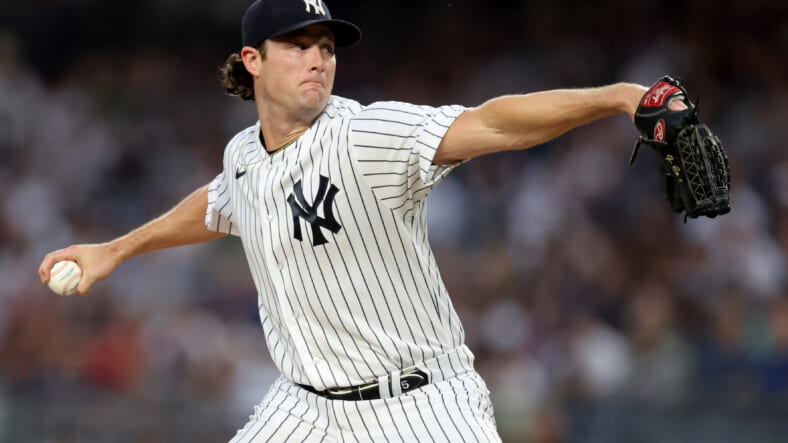 Cole was solid this year pitching to a 13-8 record with a 3.50 ERA. He set the Yankees’ single season strikeout record with 257 strikeouts and had a WHIP of 1.02. Now, those numbers are good, but they are not Ace of the staff numbers and certainly not $36 million numbers.

What’s hurt Gerrit Cole this year is the long ball. If you take his pitching as a whole, he has been pretty good. However, the uptick in home runs has absolutely killed him. He was second in homers allowed this season and he allowed the most home runs he’s ever allowed in a single season.

Homers are killer in October and can be backbreakers. However, Gerrit Cole is facing the right team in the Guardians. If he was facing a team with massive power like the Atlanta Braves, I would be way more concerned. However, the Guardians are the furthest thing from a power team.

Cole has faced Cleveland twice this season. The Yankees rolled in both of those games with Cole pitching a total of 12.2 innings, allowing two total runs and striking out 15 batters. The Guardians ranked 29th in home runs this season.

They beat their opponents by nickel and diming offensively. Those are the type of opponents that Cole thrives against. The Guardians are a team that Cole has historically had a lot of success against. Cleveland was also the first postseason opponent Cole faced as a member of the Yankees.

In that game, Cole went seven innings and struck out 13 batters. I know there’s a lot of folks that are feeling uneasy given the big innings Cole has allowed this year. However, I’m actually going into tonight pretty confident that he’ll get the job done.

One thing that’s important for Cole is for the offense to get off to a good start. If Cole has a clean first inning with lively stuff and the offense can get him some support early, I think Cleveland is in for a very long night.