Yankees could look to bring back Noah Syndergaard to New York 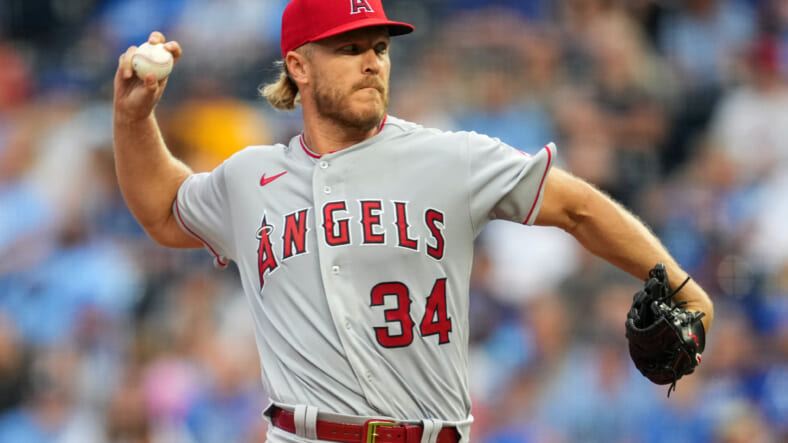 The New York Yankees are focused on upgrading their starting pitching. That is priority number one for Brian Cashman and the front office after they were able to acquire Andrew Benintendi from the Royals to upgrade the outfield.

The Yankees have made it pretty clear who their top starting pitching target is. That target is Luis Castillo of the Reds. The Reds’ ace is pitching to an ERA under three this year and he completely shut the Yanks down when the Reds came to town.

That being said, a Castillo deal is going to cost New York a lot in terms of prospects. While the Yankees appear willing to make that deal happen, the high price and complexity is likely going to delay a deal from being imminent.

I still think Castillo is going to get traded and I think the Yanks are the favorite, but it might be a deadline day deal. Meanwhile, New York is looking at alternatives to add to the back-end of the rotation. Pittsburg’s Jose Quintana has been floated as a name the Yankees are interested in.

There are no tires that Brian Cashman won’t kick on the starting pitching market. One name I started thinking about yesterday is a name that is already very familiar with New York. That man is a former New York Met and that man is Noah Syndergaard.

Prior to the season, Noah Syndergaard signed a one-year $21 million deal with the Los Angelas Angels. So far this season, Syndergaard is 5-8 and he’s pitched to a 3.83 ERA. Worth noting that he hasn’t gotten his velocity back since recovering from Tommy John.

Syndergaard used to sit in the upper-90s on his heater where as now it sits between 94 and 95. Obviously there is some money tied to Syndergaard, but my guess is that the Yankees would ask for the Angels to cover some of that salary if they were to proceed with their interest.

Like Quintana, Syndergaard is a pitcher the Yankees have liked for a while. However, with him previously being on the Mets, they never had a chance to get him. His price tag was too high in the offseason for their tastes.

However, with a clear need for starting pitching, Syndergaard could find his way back to New York. At this time, there’s no real connection between the two, but don’t be shocked to see something materialize in the coming days.