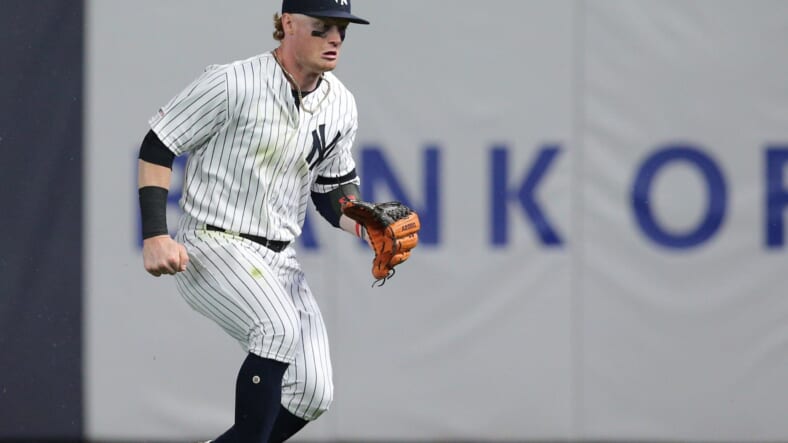 With Spring Training inching closer, the New York Yankees have just one question mark remaining. Despite having one of the most productive off-seasons across the league, the team still doesn’t know who’ll play left field in 2021. The Yankees reportedly tried to snag Michael Brantley in free-agency to fill the position, but he returned to the Houston Astros on a two-year deal. Marcell Ozuna remains on the market, but it’s unlikely the Yankees have space to sign him.

That being said, the Yankees may not have a true starting left fielder in 2021. The team has Clint Frazier and Mike Tauchman on the roster in 2021 and will likely re-sign Brett Gardner to a short-term deal. New York has three options for left field, but neither of the three may play every day.

Frazier finally began to piece things together last season, batting .267 with a .905 OPS and a 149 OPS+. His defense made massive strides, even becoming a Gold Glove Award finalist.

Gardner is the veteran player the Yankees need in the clubhouse, but his play has fallen-off significantly over the past couple of seasons. His defense remains reliable, but he bat just .223 with a .747 OPS in 2020.

It could come down to the handedness of the pitcher the Yankees are facing each night. Frazier and Tauchman are both solid against lefties, while Gardner struggles. Frazier’s OPS against lefties is .818, while Tauchman’s is .763 with a .371 OBP.

However, against righties, Frazier’s splits are the best of the three. With a .260 average and a .802 OPS, he bests both Gardner and Tauchman, who both have an OPS below .770.

Each of the three left fielders have their strengths and weaknesses, so it’ll be interesting to see who gets the most playing time. A lot of nights, it may be whoever is the hottest or whoever has the best stats against a given pitcher.

This is all assuming that the Yankees re-sign Brett Gardner, which seems inevitable at this point. However, if the team changes course and decides to let the 13-year veteran walk, the left field situation will be a completely different story.