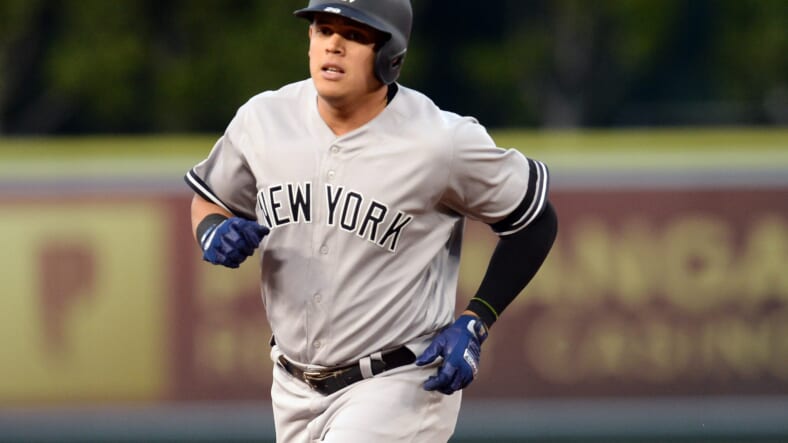 Gio Urshela was an enormous part of the New York Yankees run into the ALCS in 2019. He came out of nowhere with an improved bat with his already proven defense. However, Miguel Andujar will be healthy by the spring of 2020 and that leads to the question of whether the team should trade Urshela.

They Should Hold Off, At Least For Now

I think that the Yankees should definitely consider trading Urshela, but should hold off until the regular season to make a deal. You just don’t know how both him and Andujar will look come spring.

Urshela rose to the occasion after Andujar tore his labrum on a slide into third during the team’s opening series against the Baltimore Orioles. He rested for a while, and came back and struggled mightily. Andujar was just 6-for-47 all year, finally shutting it down for the season as he underwent surgery.

Urshela was overall much better in 2019 than Andujar was in 2018. I think that Andujar has more offensive potential, but Urshela has such a good glove.

The drawback about Urshela’s offense last season was that he was really streaky. There were times where he was completely unstoppable, but also had two really bad slumps.

For now, Urshela needs to stay put. They can’t trade him now and regret it later. The team needs to gauge their performances in the spring and the early part of the 2020 season before deciding to pull the trigger on a trade.