Should the New York Yankees bid for Trevor Bauer’s services? 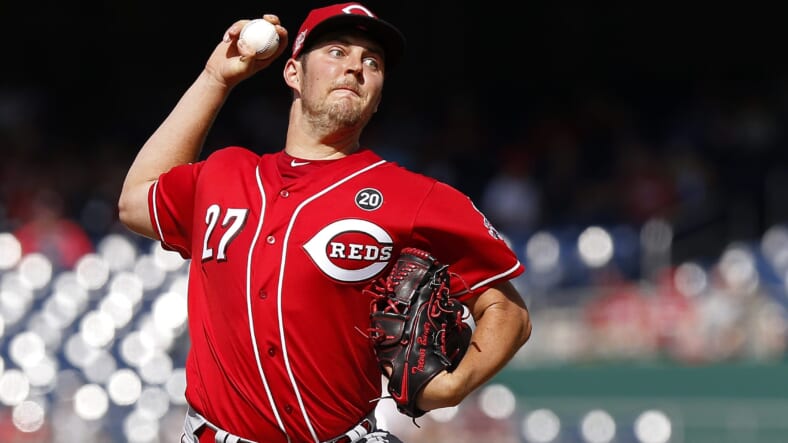 Despite the acquisition of Gerrit Cole, the New York Yankees still have issues relating to their starting pitching depth. Masahiro Tanaka, J.A. Happ, and James Paxton are impending free agents. Not to mention Luis Severino is still recovering from Tommy John Surgery. That leaves Cole, Jordan Montgomery, and the young Deivi Garcia as possible rotation options in 2021.

The Yankees do have internal options in Clarke Schmidt, Michael King, and Nick Nelson. They also have Domingo German, who recently completed his 81-game domestic violence suspension. However, they need a more experienced arm if they want to become a true contender. One impending free agent comes to mind, an old college teammate of Gerrit Cole’s.

Perhaps one of the top impending free agents, Trevor Bauer’s stock has been on the rise in recent years. The shortened 2020 season was no different, as he led the N.L. in ERA (1.73), ERA+ (276), and WHIP (.795). He also led all of baseball with minuscule 5.1 Hits per 9 Innings (H9). He also pitched brilliantly in Game one of the N.L. against Atlanta, allowing only two hits and striking out 12 in 7.2 shutout innings. With a potential NL Cy Young Award possibly heading for his home, Bauer’s value couldn’t be any higher as he enters the free-agent market.

However, negotiations with the 29-year-old right-hander will be quite interesting. He has made it known that he wants one-year deals, essentially making him a baseball mercenary. The short contract length could potentially draw more suitors, but one question remains: How much money does Bauer want?

Given the great season he had in his walk year, Bauer could command an Average Annual Value (AAV) in at least the mid-upper $20 Million range. Should he truly want a one-year deal, it might take even more. With large financial commitments to Cole and Giancarlo Stanton, then the price tag may make GM Brian Cashman hesitant to bite.

That’s not before mentioning what Bauer brings besides his right arm. Bauer has not been afraid to speak his mind the past few seasons, especially on Twitter, and his personality can be an acquired taste for some fans and players. One potential issue about bringing Bauer to the Bronx is his relationship with our current ace.

Could Cole be the deal-breaker?

The two were teammates at UCLA but had a rocky relationship despite being one of the one-two combinations in college baseball history. In an article posted by MLB.com in May 2018, Bauer opened up about the issues prior to a matchup between Bauer’s Indians and Cole’s Astros.

“We had a rocky relationship in college because he told me that I had no future in baseball, and he insulted my work ethic as a freshman,” Bauer said in the article. “I don’t take kindly to those couple of things, so we had our issues.”

Their issues didn’t take away from the Bruins’ 2011 season, winning the NCAA championship. The two followed up with high placements in the 2011 draft, with Cole going first overall to the Pirates. Bauer was selected by the Diamondbacks just two picks later, at third overall.

In the MLB.com article, Bauer said his negative feelings for Cole have “long since faded.” His agent, Rachel Luba, recently tweeted similar sentiment in late September. That’s one step in the right direction. What we need to know now is, “what does Cole think of Bauer?”

Hopefully, if Bauer does sign with the Yankees, Cole can put his previous issues with him aside and focus on the big picture. Both are entering their 30s, in the prime of their careers, and hungry for World Series championships. It’s wishful thinking, but hopefully, they can put aside their differences to help the Yankees return to dominance.

Wherever he signs, Bauer’s antics will be ignored as long as he produces near what he did in 2020. It’s ultimately results that matter.

Contract Prediction (Regardless of Team):