New York Yankees: Will Clint Frazier play at all in the ALDS? 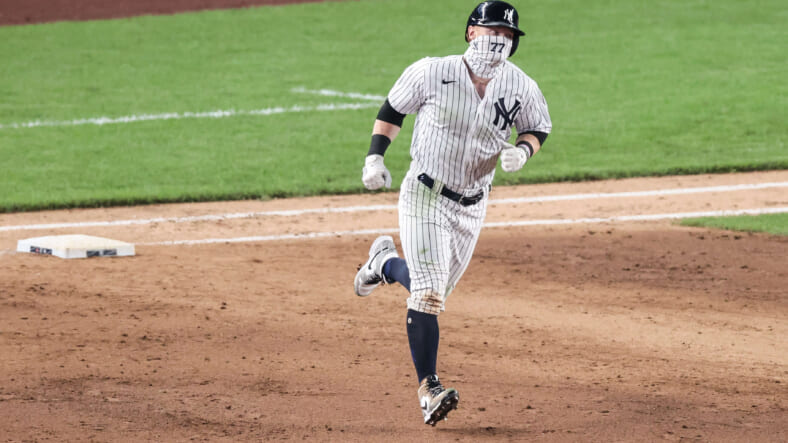 Entering the American League Wild Card Series, one of the biggest questions facing Aaron Boone and the New York Yankees was who was going to play left-field. Boone trusted his gut, and went with Brett Gardner. He’s more experienced, and he knew how to play the wall in left at Progressive Field in Cleveland. Also, Gardner began to heat up at season’s end.

Boone’s decision to play Gardner over Clint Frazier paid off as he was a contributing factor in the Yankees sweep over the Indians. In game one, Gardner went 3-for-5 with with a home run and three runs batted in. He struck out just once and added a double.

Game two saw him go hitless, but he got on base twice with walks and scored once in a game that the Yankees won by just one.

So, although Frazier was by far the better player in the regular season, it may be Gardner getting all the at-bats in the postseason. And unfortunately for Frazier, it isn’t really his fault. He’s stayed hot, but Gardner’s finally playing really well and his experience is unparalleled.

However, we may see Frazier against lefties and in pinch-hit scenarios. He pinch-hit in game two, but was struck-out on three pitches. Believe it or not, but it was just his first postseason at-bat.

Unless Gardner suddenly goes cold, it’s hard to see Frazier starting unless a lefty is on the mound. What Boone has done so far has worked, and it’s led the Yankees to wins. And for Gardner, he’s playing like his life depends on it. His contract expires after this season, and he’d like to come back for another season in the Bronx.