New York Yankees: When will the MLB Spring Draft be and who will the Yankees select? 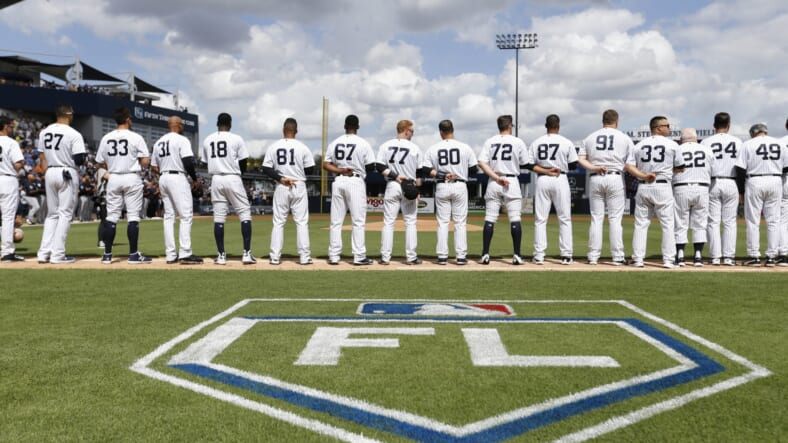 The New York Yankees are mostly focused on when the baseball season will start and how to keep players ready for the eventuality.Â  On March 12, the remainder of baseball spring training was canceled, and the March 26 regular-season start date was pushed back by two weeks.Â  That was nearly two months ago, and the start of the season has not yet been announced, although plans to start the season are forthcoming shortly.

The push back and also caused a delay in the MLB Spring Draft.Â  The draft initially scheduled for June 10th now looks as though it will take place sometime closer to the middle of July, although no schedule has been released.Â  In earlier negotiations, MLB and the players union agreed to shorten the draft from the original 40 rounds to just 5 rounds.

The draft will assign amateur baseball players to Major League Baseball (MLB) teams. The draft order will be set based on the reverse order of the 2019 MLB season standings.Â  The New York Yankees ranking third-best in the 2019 season will allow them the 28th pick in the draft.Â  The 29th pick Houston Astros lost their pick when MLB fined them for illegally stealing signs in the 2017 baseball season.

There is no way to know for sure who the Yankees will pick, but talking to sources and scouts, there is a good idea as to who they would like to sign.Â  The most likely pick for the Yankees in the first round will be a shortstop out of Mountain Pointe, Arizona, Carlton Tucker.Â  Tucker has the foot movement and the hands to play shortstop long-term, even though heâ€™s an average runner. He has medium arm strength, though his throws have good carry and he shows the ability to change arm action and slots as is needed for the shortstop position.

The Yankees have need of more shortstop prospects in their minor league system.Â  Presently they have several in the system including Alexander Vargas, Anthony Volpe, Josh Smith, and a few others, but as always, the Yankees want to continue to expand their options.Â  In spring play, Tucker improved at the plate. Showing more consistency on the defensive side, along with the aforementioned gains at the bat, are why Tuckerâ€™s stock took a leap forward this spring, making a stronger case for the New York Yankees to sign him away from his commitment to the University of Texas.

Carlton Tucker is now 18 years old, he is 6’1″ weighs 170 pounds and bats and throws right-handed. At his young age, he has plenty of time to develop and improve his skills in the Yankee minor league system. He has a brother Cole who is in the Pittsburgh Pirates organization.