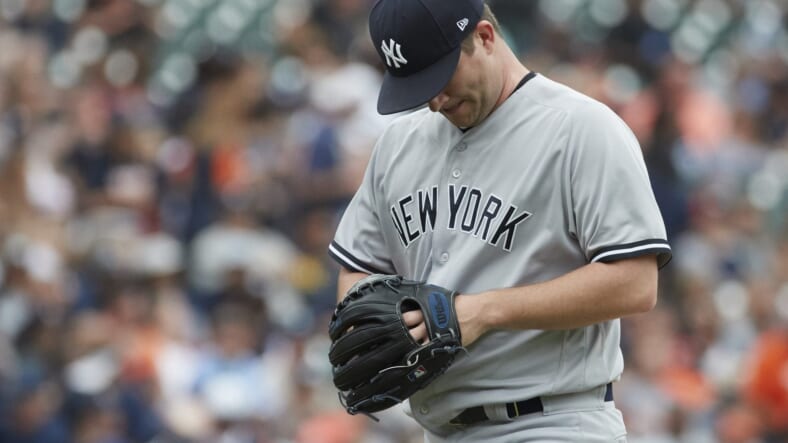 This off-season, one of the New York Yankees‘ goals was to bolster their already solid bullpen. The team reportedly signed veteran right-hander Darren O’Day to a one-year, $2.5 million deal and inked two other veterans to minor-league contracts. Adam Warren will return to the Yankees for the third time, while the team also added 30-year-old Kyle Barraclough. Both players missed the 2020 season but now have an opportunity with the most prestigious team in baseball.

Neither guys are locks to make the team out of Spring Training, but both can potentially have great success with the Yankees.

Warren was drafted in the fourth round of the 2009 MLB draft by the Yankees and made his MLB debut with the team in 2012. After the 2015 season, the Yankees dealt him to the Chicago Cubs in a deal that brought Starlin Castro to New York. Just months later, the Yankees acquired Warren back in a trade that sent Aroldis Chapman to Chicago.

Warren spent two more years with the Yankees before a 2018 trade with the Mariners sent him to Seattle. He finished the season in Seattle and then signed a one-year deal with the Padres for 2019.

Warren’s shown to have great success before with the Yankees, and it would boost the bullpen if he can do it again. If he makes the club out of Spring Training, he should have a middle-relief role with the Yankees.

Barraclough had a lot of success earlier on in his career, but the past few seasons have been rough for the five-year veteran. The St. Louis Cardinals drafted Barraclough in the 7th round of the 2012 MLB draft and remained with the organization until 2015 when a trade for Steve Cishek sent him to the Miami Marlins. Barraclough debuted in the majors around a month later and performed well with a 2.59 ERA and a 3.42 FIP.

After the 2018 season, Barraclough was dealt to the Nationals for cash considerations. He never panned out with Washington, recording a 6.66 ERA in 33 games in 2019. The Nationals placed Barraclough on waivers, and the San Francisco Giants claimed him. In 10 appearances, he recorded a 2.25 ERA, showing he still has some promise.

If the Yankees can get Barraclough back to where he was a few seasons ago, it would be huge for the Yankee bullpen. He likely will begin in a low-leverage role with the team but could work his way into late-innings situations with success.