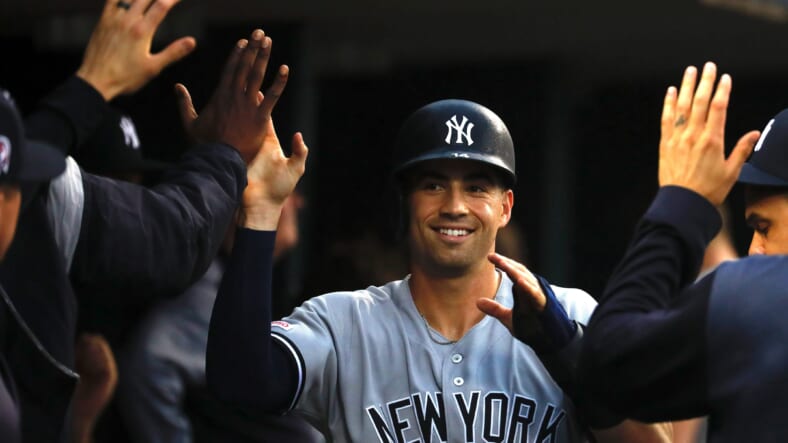 The New York Yankees will likely be making a decision in the spring about which utility player to carry, and that would be between Tyler Wade and Thairo Estrada.

Tyler Wade will be 25 in the spring, and has now spent parts of three seasons on the Yankees roster. After hitting under .170 in his first two seasons, he seemed to finally make strides in his third.

Wade played six positions in just 43 games for the team this year, and only made one error.

Thairo Estrada is about two years younger than Wade and a lot less experienced. He did hit .250 with 12 RBIs and three home runs, but is less major league ready in my honest opinion.

Like Wade, he can play middle infield and outfield, but doesn’t play third like Wade. Estrada has a decent glove but nothing to rag about. He’s a relatively good base runner and fast, but doesn’t compare to Wade.

I think that the Yankees should go with Tyler Wade on their roster over Thairo Estrada. Wade is more experienced and has shown improvement, and I think that he will continue to improve in 2020.

They shouldn’t need him to play every day unless there are injuries, but he would fit right in. As a back-up, the Yankees wouldn’t expect him to hit .300. All they would need is a .250 average, good defense, and good baserunning. I think that Tyler Wade could give them that in 2020.