New York Yankees: Three power-hitters in contention for roster spots after week one of Spring Training 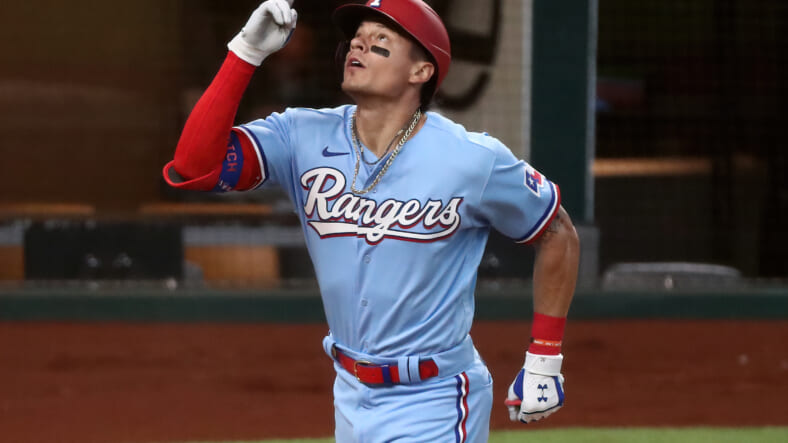 A week of Spring Training games is already in the books, and we’ve seen lots of positives so far for the New York Yankees. Gary Sanchez has gotten off to a strong start, Aaron Judge is hitting the ball well, and DJ LeMahieu can’t get out. Another positive we’ve seen is some depth guys performing well to start Spring Training. Here are three power hitters who are in contention for roster spots after week one.

Jay Bruce has made a big splash so far in Spring Training. He’s gotten hits in four of his six at-bats and he slugged a home run in yesterday’s contest against the Pittsburgh Pirates. Bruce is a lefty, something the Yankees don’t have many of, so he could be in contention for a bench spot on the Yankees’ roster. His defense is subpar, but his offensive potential makes up for it.

Derek Dietrich has made seven plate appearance this spring and has taken advantage of it. He’s 1-of-5 with a two-run home run, a walk, and an HBP. Similar to Bruce, Dietrich lacks a solid defensive game and isn’t the fastest, but his lefty power could make a serious impact off the bench. To make the roster, Dietrich will have to beat out the defensively orientated Tyler Wade.

Mike Tauchman has gotten off to a decent start this spring. He’s 2-for-10 so far with a home run and a stolen base. Tauchman is a lot more well-rounded than Bruce and Dietrich, but his offense is probably the worse of the three. Being that Tauchman is also a lefty, it could be him against Bruce for the final outfield spot. Regardless, Tauchman’s name is for sure in the mix this season.