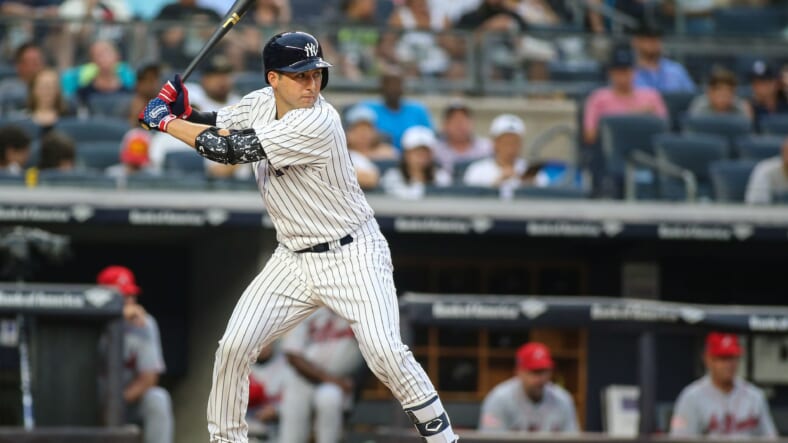 The New York Yankees signed veteran catcher Chris Iannetta to a minor league deal on Thursday, throwing a fourth catcher into the mix.

Should Higgy Be Worried?

Gary Sanchez is without question the starting catcher, but the team now has three other catchers that could play as the backup.

I believe that Kyle Higashioka is still the favorite to win the spot, and it’s his to lose. Iannetta and other catching veteran Erik Kratz have been around forever, and both are such smart catchers.

Iannetta is third for right now, but that could change. He bat .222 as the Rockies backup last season, but still may have a little left in the tank. He could steal the backup position, but that would be if Higgy has a disaster of a spring and Iannetta has a flawless spring.

Overall, I think that Higgy should be a little concerned about his chances, but not code red concerned. Iannetta is on minor league deal, meaning that he would have to be added to the 40-man roster and the team would have to clear a spot for him. But, if they Yankees think that he’s undoubtedly the guy, then they would of course clear the spot for him.

Every time that Higgy is called up, he looks better and better. It’s just a matter of if the can sustain consistent offense and show that he belongs in the spring. I think that the spot is still his, he just needs to show it.