New York Yankees reach .500 in time for tough stretch ahead 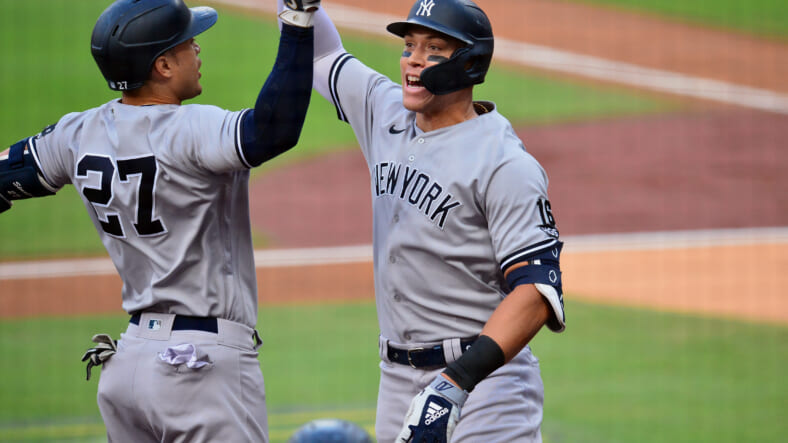 After a brutal stretch that saw the team open up the season 6-11, the New York Yankees have reached the .500 mark for the first time since April 7th. In trying times like the first few weeks of the season, it almost feels as if the team will never turn things around and keep playing poorly forever. However, the Yankees have managed to win 9 of their last 13 games, all of which were in consecutive days to catapult the team to third in the AL East.

The Yankees were led by three stellar pitching performances, starting with six masterful innings from Gerrit Cole on Friday. Cole struck out 12 and surrendered just four hits in his dominant showing, throwing 87 pitches in an outing that almost seems light for him at this point. New York also hit the ball the best they have all season, scoring 10 runs mainly in part to Aaron Judge’s two home runs.

Saturday featured another strong outing from Jameson Taillon, who lasted five innings and allowed just three hits. He surrendered just one run, a home run hit by Jeimer Candelario, and was credited with a win for the first time in exactly two years. Seven of the Yankees’ eight hits were between DJ LeMahieu, Aaron Judge, and Gleyber Torres, and the latter two drove in three runs apiece.

Sunday was a quieter day for the bats, just three hits, but Corey Kluber’s eight-inning gem paved the way for another Yankee victory. Kluber struck out 10 batters and gave up just two weakly hit singles in his 103-pitch beauty. He’s known to improve as the season progresses, and that reputation is showing once again as he’s given up just one run in his last 14.2 innings.

Overall, the Yankees are playing significantly better baseball. All of the starters except for Aaron Hicks and Clint Frazier have seemingly found their rhythm, as those two seem that they could be close. Kyle Higashioka has proven that he’s the starting catcher as his OPS is still well over 1.000 with pitchers having a sub-2.00 ERA with him catching. The Yankees have allowed just one run in Higashioka’s last 36 innings caught, and his last three starts have been shutouts for the opponent.

However, the Yankees are going to have to put their improved play to the test. New York has a tough stretch ahead, beginning with a three-game set against the Astros on Tuesday. Houston makes their first trip to the Bronx since their 2017 cheating allegations, meaning the Yankee Stadium crown should be a little extra rowdy. The Astros have won 8 of their last 11 and are one of the few AL teams firing on all cylinders.

Following the Astros is the team who beat them in the 2019 World Series: The Washington Nationals. The Nats come to the Bronx for the first time since 2018 and are atop the NL East after a sweep of the Miami Marlins. After the Nationals are the pesky Tampa Bay Rays, who have taken 18 of their last 23 games against the Yankees.

The Yankees have a tough stretch ahead and are going to need to play their best baseball to keep winning games. It’s no longer the Orioles and Tigers who they are playing as quality teams lie ahead, and the Yankees need wins to cut into Boston’s divisional lead more.