New York Yankees: ‘Next Man Up’ Mentality Continues Through the 2020 Season 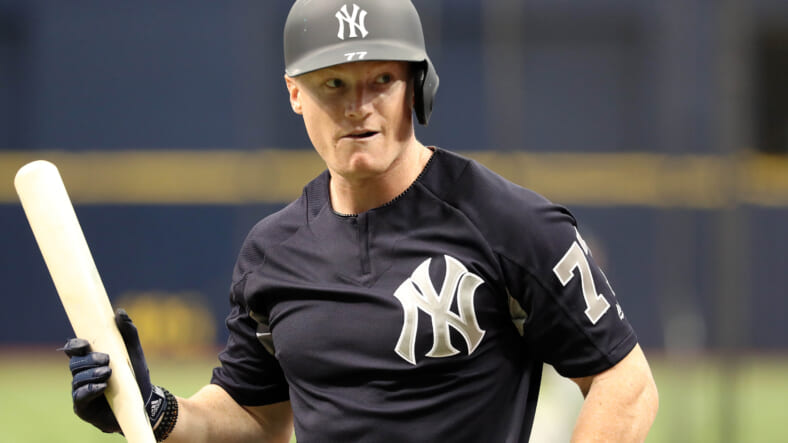 The New York Yankees are yet again faced with the dilemma of the “next man up” mentality before the season has even started. Giancarlo Stanton is out indefinitely with a calf strain and may not be ready for opening day. James Paxton will miss three to four months and Luis Severino will miss the whole 2020 season due to Tommy John surgery.

Many can now say the Yankees are used to playing through and dealing with injuries, so this nothing new nor surprising at all. Luckily, there are players from last season that got playing time in the Major Leagues because of the absurd amount of injuries. They will have to step up and perform similarly to how they played last year.

Likely “Next Man Up” Players for the 2020 Season

This is the year for Frazier to finally prove that he belongs on a Major League roster. He had a nice stretch offensively when the outfielders started to go down with injuries early on in the season. His defense will be the question that defines his ability to stay on the roster. In a backup role to Miguel Andujar or Mike Tauchman, he provides power near the lower third of the lineup.

The player who sparked the “next man up’ mentality, Tauchman, has a chance to split time with Andujar, Wade, and Frazier in left and backup Gardner in center. He was a brilliant surprise last year and is another example of Cashman working his magic, bringing in unforeseen talent. In just 87 Â games, Tauchman batted .277, hit 13 home runs, and flashed the leather in multiple outfield positions.

The Yankees new utility man, Tyler Wade, has become a very valuable player to the team. His ability to play multiple positions becomes more important when a starting outfielder goes down with an injury. He will need to backup Andujar or Frazier in left, backup Torres at short, and LeMahieu at second.

Loaisiga appeared mostly out of the bullpen in 2019 but has the stuff and velocity to become spot-starter or even the fifth pitcher in the rotation. He reached the upper 90s with his fastball and had a nice appearance against the Houston Astros in the postseason. Â  He and Jordan Montgomery are most likely going to round out the rotation to begin the year.

New York Yankees fans, keep your fingers crossed this is the last time we hear or say the word “injury” all season. Even if they do occur, the “next man up’ mentality worked for the Yankees last year and there is a high chance of success this year. They will have the same players filling those roles for the second year in a row. As long as the starters produce numbers like they did last year, the Yankees will still win plenty of games.