New York Yankees News: Don’t expect the Yankees to run away in a short season 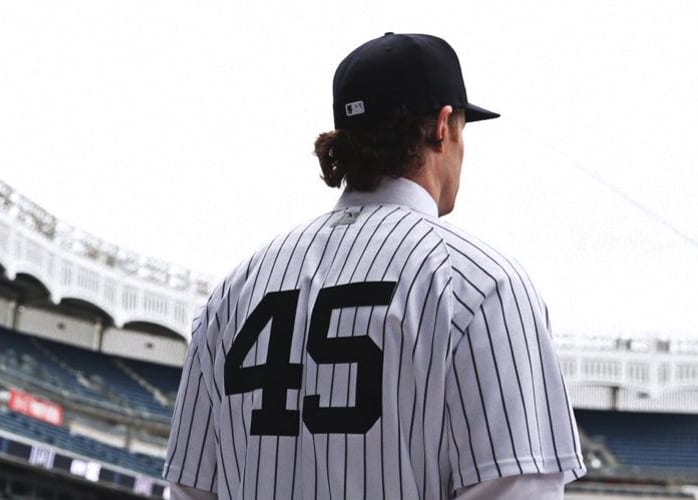 Today the New York Yankees will open spring training camp 2.0, this time at the fabled Yankee Stadium.  Some players from foreign countries may not have arrived yet, but will shortly. The Yankees crew has been working feverishly to sterilize everything at the stadium.  All the health protocols are in place to protect your Yankee players.

The New York Yankees are favorites to get to the World Series, but in this shortened season, don’t expect them to run away with the division.  This season will be unique in that player travel will be limited with the new three-division MLB setup.  The Yankees will play their traditional East Coast rivals.  The Yankees will see the Toronto Blue Jays, Boston Red Sox, Baltimore Orioles, and the Tampa Bay Rays at least twice for three or four-game series.  But this year they will also face their cross-town rival Mets, the Phillies, Nationals, Braves, and the Marlins.  They will not see the National league teams as frequently.

Other than the new division challenge, the Yankees have not always started out the season hot.  During the past three years, the Yankees new superstar pitcher Gerrit Cole has shown that if he falters it’s usually in the first third of the season, that mathematically equates to the length of this shortened season. In 2017 he went 3-5 in his first twelve starts. In 2018 he went 6-1. In 2019 he was 5-5. So in the past three years, over twelve starts, he is 14-11.  Based on his performance for the past three years, fans can expect him to go roughly 6-3.  Nevertheless, that is nothing like the 20-5 record of last year.  That means in this short season the Cole effect will have less of a positive impact for the Yankees.

The are other reasons the New York Yankees’ chances of reaching the postseason with ease will be diminished includes Giancarlo Stanton’s notoriously slow season starts. Stanton’s batting average over the first 50 or 60 games of the season has never reached over .232 in the last four seasons.  Even in his MVP 59 homer season of 2017, the exception, he only hit only .242 in his first 26 games.  2016 and 2019 were disasters for Stanton.  in 2016, in sixty games, he hit just .211. Last year he hit .305 but had only eight at-bats in the first two months due to injury.

Other Yankee position players that aren’t at their best at the beginning of the season include DJ LeMahieu, Miguel Andujar, Gary Sanchez has averaged just .244 over the last three years.  Mike Tauchman is just plain horrible early in the season. Over the past two years, he has hit just .178 in his first 60 games. By contrast, he hits .290 after his first sixty.

Pitchers that have early-season problems include Masahiro Tanaka and J.A. Happ. Tanaka, in 2019 was 3-4 in his first twelve starts.  Happ was not as bad, but he went 5-3.  Something that will be missing this year for the entire season is Domingo German, who will be suspended for the entire 60 games regular season.  Last year he was the Yankees best pitcher going 9-1 in his first twelve starts.

On the bright side, Brett Gardner, Clint Frazier, Aaron Judge, Gleyber Torres, and Aaron Hicks all play more productively in the first sixty games than after those games.  A significant factor for this short season will be if Aaron Judge can play at the beginning of the season.  In the past three years, Judge has hit .304 with 47 home runs in his first sixty games.  In his last 102 games over the same period, he has hit just .264 with only 63 home runs.  Yesterday in a conference call I was in GM Brian Cashman said that he was optimistic that Judge will be ready to play.

The New York Yankees season will depend on not having COVID-19 related trips to the IL, along with other injuries.  They must get off to a fast start and not have any prolonged periods of poor play.  In a season this short, anything can happen, but previous to the shutdown, the Yankees seem likely to breeze through the season.  Now in a short season, don’t expect that.  The distance between teams in all divisions will be tighter than expected, except for the traditionally bad teams, notably being the Orioles and Marlins.