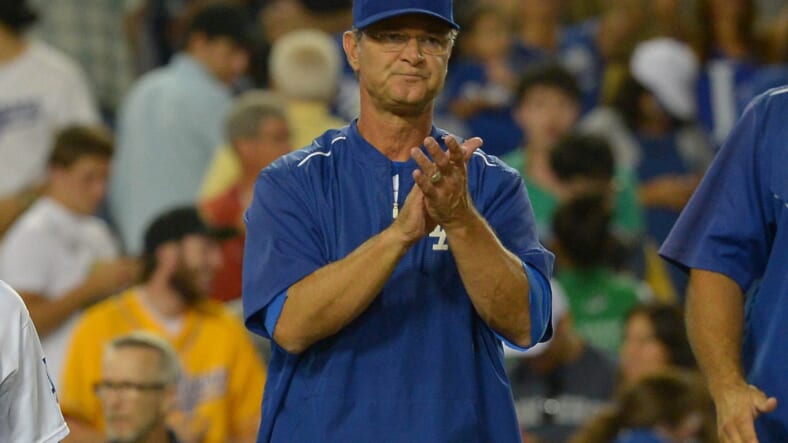 On Tuesday evening, the BBWAA named New York Yankees legend Don Mattingly the NL Manager of the Year. Mattingly guided the Miami Marlins to a 31-29 record, receiving their first playoff birth in 17 years.

The team dealt with a COVID-19 outbreak early in the year, sidelining the team for a week and losing key players for extended time. They were able to overcome that to finish in second place in the NL East.

Miami was the No. 6 seed in the National League for the postseason, paired against the Chicago Cubs in the first round. The Marlins stormed into Chicago and took the first two games 5-1 and 2-0 to advance to the NLDS.

Unfortunately for them, their luck would expire against the Braves. The Braves won games 9-5, 2-0, and 7-0 to eliminate the Marlins in three games. The end result was disappointing, but they were in a position that no one expected them to be in.

In 10 seasons as a manager, this award is the first for Mattingly. He began his managerial career in 2011 with the Dodgers, where he led the team to a winning record in each of his five seasons. However, a lack of postseason success led to Mattingly’s departure after the 2015 season.

The Marlins quickly snagged Mattingly that offseason, and were immediately on the verge of potential success. The team finished 2016 and 2017 just a few games under .500, only a couple pieces away from being a postseason team.

However, after the 2017 season, Derek Jeter bought the team and began unloading weapons to go into a massive rebuild. The team struggled mightily in 2018 and 2019, with 2020 being the organization’s first sign of success in the rebuild.

Under Mattingly’s lead, the Marlins will be a competitive team in 2021 and beyond. Congrats to Mattingly on the recognition for a successful season.