New York Yankees’ JA Happ has been pleasant surprise in 2020 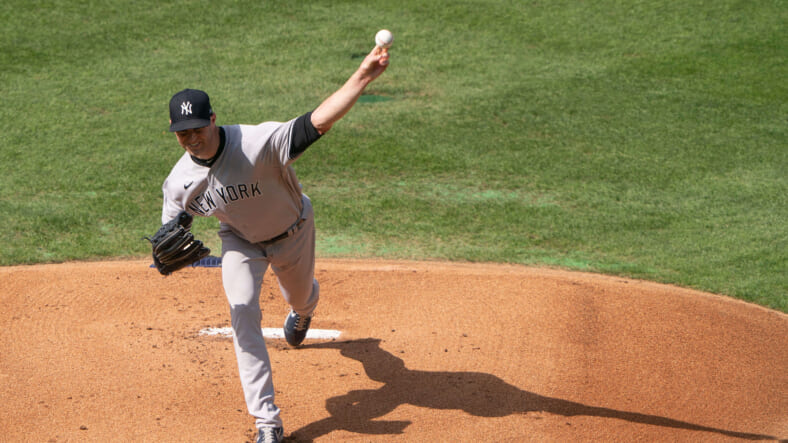 After a pair of rough outings to open the 2020 season, New York Yankees pitcher JA Happ has settled down and been quite good. Of his last five starts, four have seen him allow two runs or less.

Happ was skipped a few times in the rotation earlier in the season by manager Aaron Boone, and voiced his displeasure about it. It’s been ever since then that we’ve seen a new look Happ.

In his third start of the season on August 16th, Happ pitched 5.2 innings, allowing just three hits and a run. After being skipped, he pitched again on August 29th, tossing 7.1 innings of scoreless ball. That start locked himself back into the rotation.

Happ’s recent success has potentially made offseason decisions much harder for the Yankees. They’ll have a lot of starters and not enough spots. Happ has a vesting option for the 2021 season, and needs 10 starts in 2020 to reach it. He’s currently at seven, and only scheduled for two more starts this year as of right now. Even if he doesn’t reach the 10 starts, could the Yankees consider resigning him?

Even if he finishes strong in 2020, there are some risks to resigning him. He’s older, he’s losing velocity, and there are other younger pitchers looking for a spot. We’ve seen the success of rookie Deivi Garcia, and the team has Luis Severino and Domingo German coming back next year. They have young lefty Jordan Montgomery, and ace Gerrit Cole. Additionally, Masahiro Tanaka and James Paxton are free agents this winter, and the team may have tough decisions to make with those two.

JA Happ has been a pleasant surprise for the Yankees in 2020. He has a 3.98 ERA despite a 1-2 record. Is his performance a strong enough case for him to return next year?