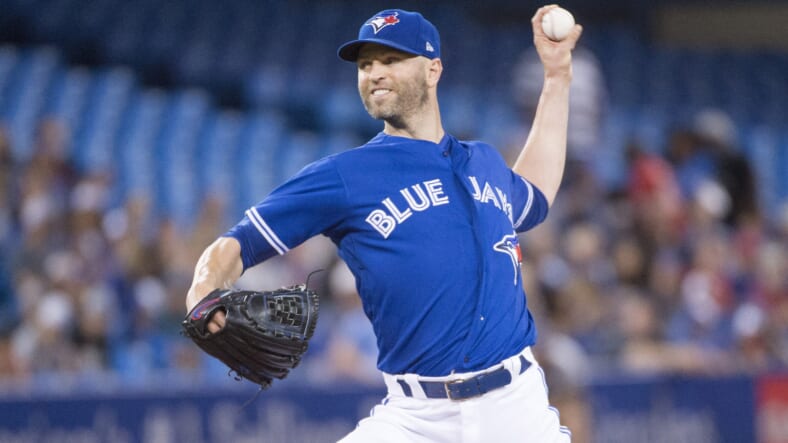 After a fantastic finish to the 2018 season, the New York Yankees inked left hand pitcher JA Happ to a two year deal with a player option through 2020 (2021 with option). We thought that it was a great signing at first, but Happ has really struggled this year, and Sunday was no exception.

Happ went just four innings against the Houston Astros, giving up eight runs and 11 hits. His ERA rose to 5.23 with a WHIP now at 1.28.

Sunday was actually Happ’s first loss since 5/4 against the Minnesota Twins. He kept picking up wins off of run support. Happ also has lacked distance in the majority of his starts.

The lefty had two scoreless starts against the Giants and the Mariners, but those two starts were almost two months ago. Since then, he gave up six runs and three runs to the Orioles in back-to-back starts, going 3 and 2/3 and 5 and 1/3 innings respectively. He also had a poor start against the Royals in Kansas City.

In his loss against the Twins, he gave up four runs, as well as his start against the White Sox. He’s only gone more than five innings in seven of his 15 starts.

Could he be at risk?

The Yankees seem to be shopping starting pitchers to acquire at the trade deadline, but no matter who they get, I believe that JA Happ will be safe.

He won’t get traded, and he won’t get sent to the bullpen. If he can be just a bit more consistent and not struggle with poor teams, then he will be more effective.