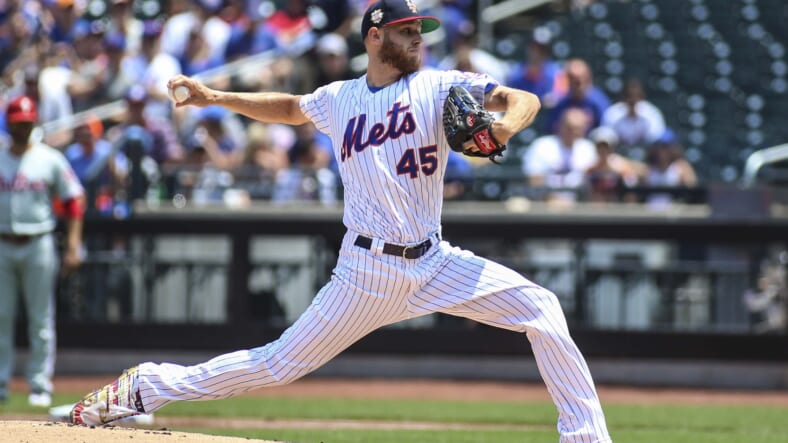 The New York Yankees are in moderate desperation for a top free-agent starting pitcher. The top pitchers in the 2019-2020 free-agent market are Gerrit Cole and Stephen Strasburg. However, Cole may be looking to head back home and play for either the Los Angeles Dodgers or the Los Angeles Angels, who are both willing to pay a hefty price. As for Strasburg, the Washington Nationals may only be able to sign one superstar, Anthony Rendon, so that will leave Strasburg up for grabs. Both of these rising superstars will most likely cost almost $200 million to sign.

With those rumors out, the Yankees may look to explore other options, such as cross-town righty, Zack Wheeler. Wheeler went 11-8, posted a 3.97 ERA, and had 195 strikeouts in 31 games pitched (Baseball-Reference). He was a nice surprise for the New York Mets rotation last season, now, at 30 years old, is at the peak of his potential. With the Yankees lineup, he will get more run support and earn more wins throughout the year. If the Yankees choose to pursue him, they will most likely agree to a five-year,$100 million deal (MLB.com).

Why could Wheeler be the Better Option?

If the Yankees go after Wheeler, they save money for taking on other possible big names. With Didi Gregorius most likely leaving New York, there are rumors of the Yankees trading for the Cleveland Indians star shortstop, Fransisco Lindor. He is a very needed all-around lefty bat and plays stellar defense as well. Another option for the Yankees is to boost the bullpen even more because Dellin Betances is most likely on the way out. There is increasing interest for the Athletics reliever Blake Treinen. This would mean about twice a series, a Yankees starting pitcher would only need to go five innings.

The Yankees rotation will definitely be improved with Wheeler in the mix. Paxton’s second half of last season proved he could be the Yankees’ rotation ace. A healthy Severino can be right behind as second in the rotation. Wheeler would fit in as the third pitcher, Tanaka as the fourth, and Happ or Montgomery as the fifth rousing out a better rotation.

The Yankees would be a more improved team in all positions of the game depending on how aggressive they are in the strong free agency market this offseason. One more piece could make the difference in making it to the World Series next season or losing in the ALCS for the second year in a row. All of the burdens fall on Cashman and the front office, let’s see what moves they make to improve this team even more.