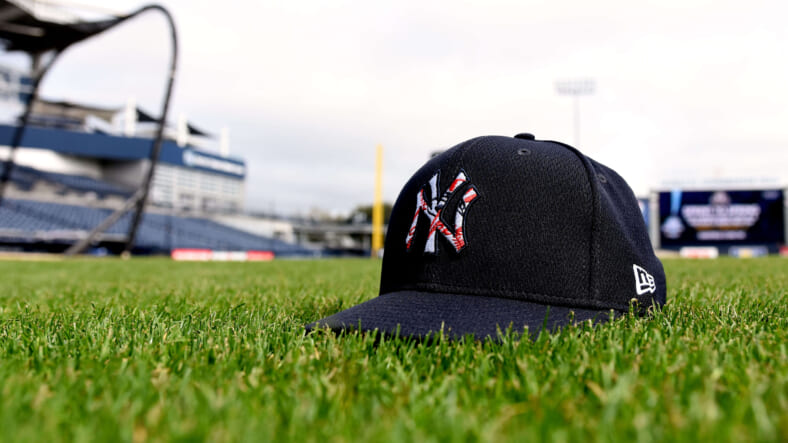 According to multiple reports, the New York Yankees have signed veteran pitcher Jhoulys Chacin to a minor league deal. Chacin, 33, last pitched for the Atlanta Braves in 2020, appearing twice.

The nine-year veteran made his debut in 2009 with the Colorado Rockies, and spent through 2014 with the organization. From 2015 on, the right-hander spent time with the Arizona Diamondbacks, Atlanta Braves, Los Angeles Angels, San Diego Padres, Milwaukee Brewers, and the Boston Red Sox.

Chacin isn’t the pitching signing that Yankees fans would like, but he has the potential to be an asset for the team. Stats show that Chacin is an average pitcher, but a pitcher that can impact the Yankees. He can start games, as well as be a long-relief option.

It wouldn’t be a shock in the slightest to see Chacin on the Opening Day roster since the Yankees don’t have a ton of long-relievers. New York signed Adam Warren, a former starter, but he’s more effective in a traditional relief role.

The Yankees also have Jonathan Loaisiga, a young pitcher with a career 4.42 ERA. His inconsistency has killed the Yankees at times, leading to Chacin likely being a better option.

However, a spot on the Opening Day roster isn’t a given for Chacin. He’s going to have to show the Yankees why he deserves a spot in an already relatively crowded bullpen. The team is in pursuit of other relievers in free agency, and more signings will make it even harder for Chacin to get a spot.

But, if Chacin performs well this spring, he has the potential to make a difference for the Yankees.