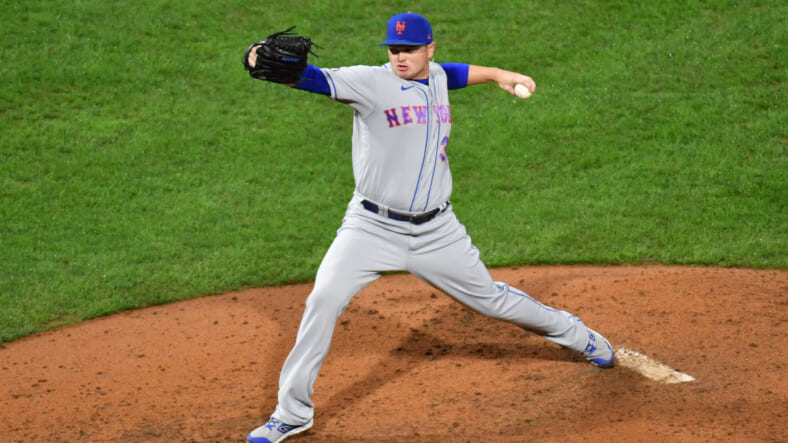 According to reports, the New York Yankees are in “serious talks” with LHP Justin Wilson. The 33-year-old is one of the few relief arms still available on the market, and one of the most desired ones.

Wilson spent the past two seasons with the New York Mets and had a one-year stint with the Yankees in 2015. He was drafted by the Pittsburgh Pirates in the 5th round of the 2008 MLB draft and debuted with the team in 2012.

Following the 2014 season, the Yankees acquired Wilson in a deal for Francisco Cervelli. He was one of the Yankees’ top pitchers in 2015, finishing with a 3.10 ERA in 74 games.

Once again, Wilson was traded during the off-season, this time to the Detroit Tigers for Luis Cessa and Chad Green. He spent a season and a half with the Tigers before a 2017 trade deadline deal took him to the Chicago Cubs. Wilson was under the control of the Cubs through 2018 and then went to the Mets on a two-year deal beginning in 2019.

Across his nine-year career, Wilson has a 3.27 ERA in 480 games with a 3.34 FIP and a 123 ERA+. If the Yankees were to sign Wilson, he’d likely slide into a high-leverage, middle-relief option. With Chad Green, Zack Britton, and Aroldis Chapman controlling the back-end of the bullpen, the Yankees have looked to add middle-relief options all winter. They signed Darren O’Day to a one-year deal and signed Adam Warren and Kyle Barraclough to minor league deals.

The Yankees have made a big bullpen splash this off-season, and if they sign Justin Wilson, they’ll bolster their bullpen even more.