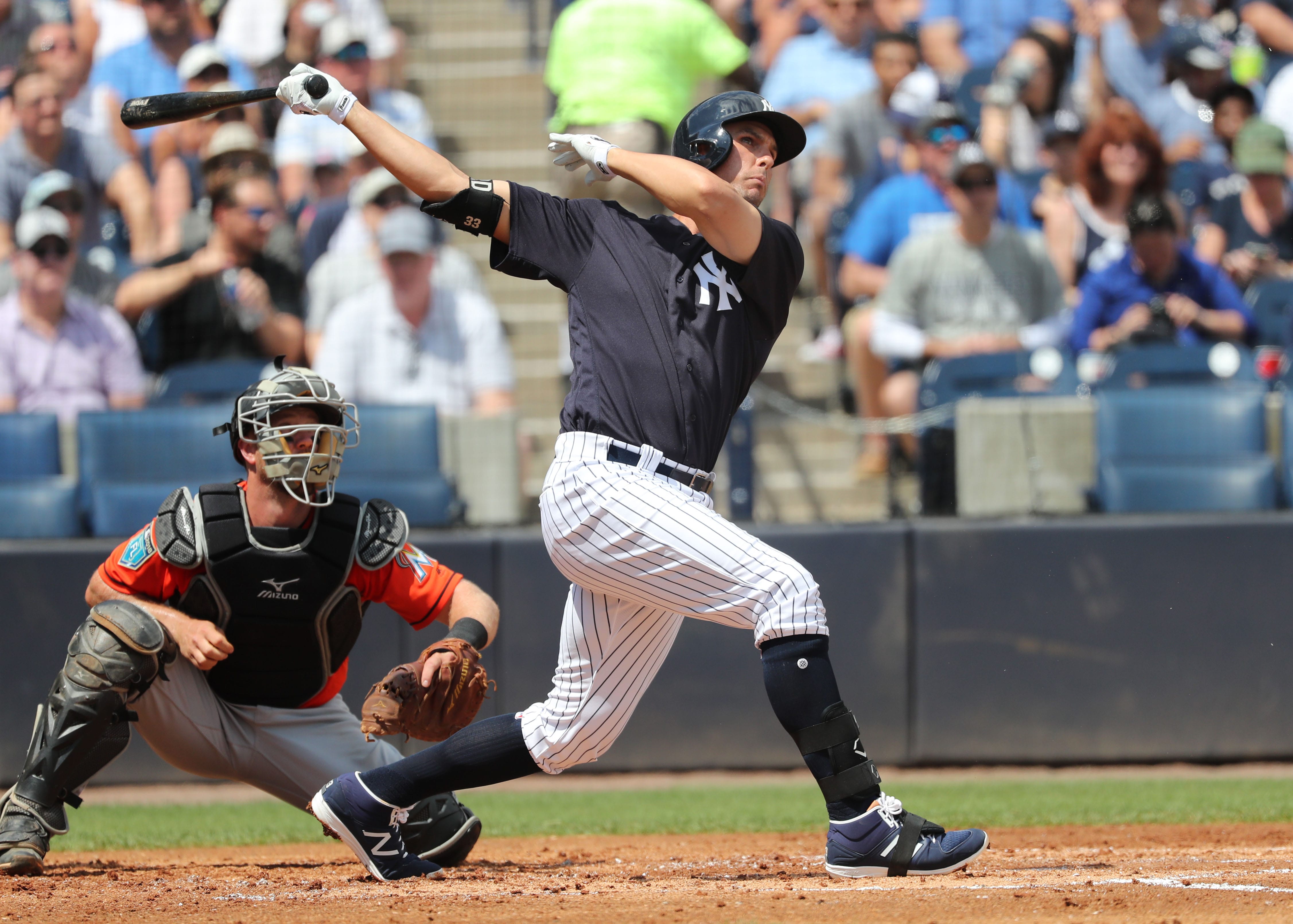 Credit the arrival for the New York Yankees of Brandon Drury, who many believe will see some playing time at first base as a result of  Greg Bird‘s offensive woes since coming off the disabled list on May 15, or credit karma or the blistering heat, but Bird broke out of his slump with an offensive show that saw him blast home runs to both sides of the field in a 8-1 victory over the Boston Red Sox on Friday night.

Yankee fans have been getting restless to see Bird’s bat come alive this season.  To date he has posted a .204/.315/.421 slash line with five home runs and eight RBIs in 93 at-bats.

Bird told Scott Thompson of SNY. tv in the postgame interview that what got him through his struggles this season was this philosophy:

“Baseball is life,” Bird says and, for him, as for many players, baseball is seamlessly sown into their lives and they experience the slumps and the triumphs as part of a continuous landscape—and the best at it get neither too high nor too low in the course of the season.

Fans however, experience a player, like Bird’s, failures and successes episodically—anxiously awaiting the results of his at-bats with high expectation and judging him on that day’s results.

For many Yankee fans, Bird has been an enigma since joining the big club as he has been plagued with a series of injuries which robbed him of significant playing time in 2016 and 2017.  However, the nature of Bird’s injuries, first shoulder surgery, then a bizarre congenital defect in his ankle that results in surgery, have left fans with mixed feelings about his ability to stay on the field.

Bird has his fervent supporters, count me among them, who recall his impact in the postseason in 2017 after being activated from the disabled list on August 26, 2017.  He hit .244/.421/.500 with three home runs and six RBIs in the postseason, and who could forget the only home run given up to a left hander in 2017 by Andrew Miller came off the bat of Bird during the American League Division Series. Bird’s home run was the only run scored by the Yankees in the game, giving the Yankees an opportunity to win the game and ultimately the series.

Yankee fans hope to see Bird back on track offensively after the display of power he featured on Friday night. In baseball, as in life, it was only a matter of time before Bird’s fortunes would change at the plate and the timing of his take-off couldn’t have been better.