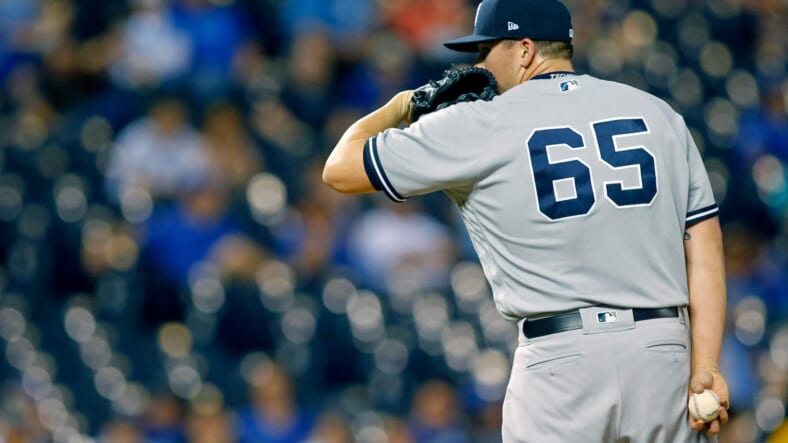 The Chicago Cubs have signed former New York Yankees reliever Jonathan Holder to a non-guaranteed deal. He can earn up to $750,000, and the contract is for just the 2021 season.

Holder was drafted in the sixth round of the 2014 MLB draft by the Yankees, and spent his entire career with the organization up to this point. He quickly progressed through the minor league system, making his major league debut in 2016. He appeared in eight games that year, pitching to a 5.40 ERA.

Beginning in 2017, Holder took up a much bigger role in the Yankee bullpen, as he began to see high-leverage situations. He pitched to a 3.89 ERA, keeping a spot on the roster for 2018.

Holder’s pandemic-shortened 2020 season wasn’t stellar, either. He pitched to a 4.98 ERA and a 5.22 FIP, ending his Yankee career on a sour note. His struggles led to the Yankees to non-tendering Holder on December 2nd, making him a free-agent. After just two weeks on the market, the rebuilding Chicago Cubs swooped him up.

Holder should fit well in Chicago. They need young arms, and Holder still has potential. Holder will also get the opportunity to pitch in more high-leverage situations, something he wouldn’t see a whole lot if he remained a Yankee.

If Holder performs for the Cubs the way he did in 2018 for the Yankees, Chicago could’ve gotten a steal from the Yankees.