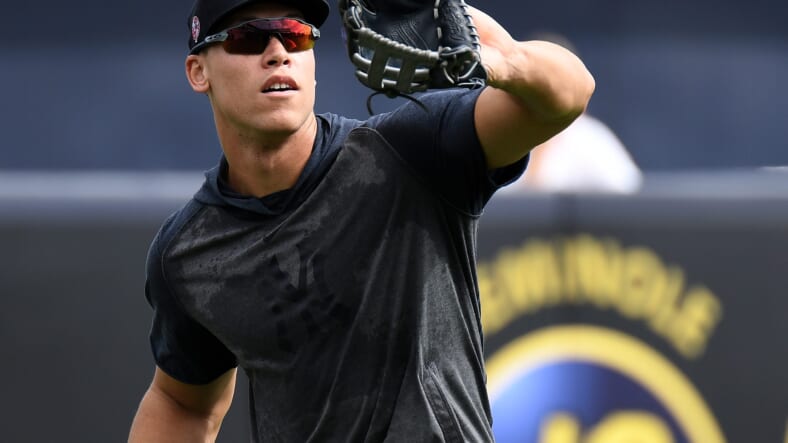 The New York Yankees called up Aaron Judge in August of 2016, and his impact was felt immediately. Although he struggled on the field, he was quickly loved by the Yankee faithful. Here are five interesting facts about the 27-year-old outfielder.

1. Started With A Bang

Judge was adopted by his parents Patty and Wayne. He was taken home the day after he was born into a loving family. He also has an adoptive brother.

While at Linden High School in California, Judge played three sports and was a star at all of them. As a wide receiver in football, he set the school touchdown record. In basketball, he was the center for the team and was obviously a baseball player.

In addition to baseball, Judge was recruited to play football at big schools such as Stanford and Notre Dame. He loved football but decided that he would instead pursue baseball professionally. It seems like that was the right choice.

Judge wears a unique number on the field, that being 99. He was assigned that number in spring training as a minor leaguer, and kept is once he was called up. He considered changing it, but he liked it as did the fans. It helps make him a major staple in New York City.