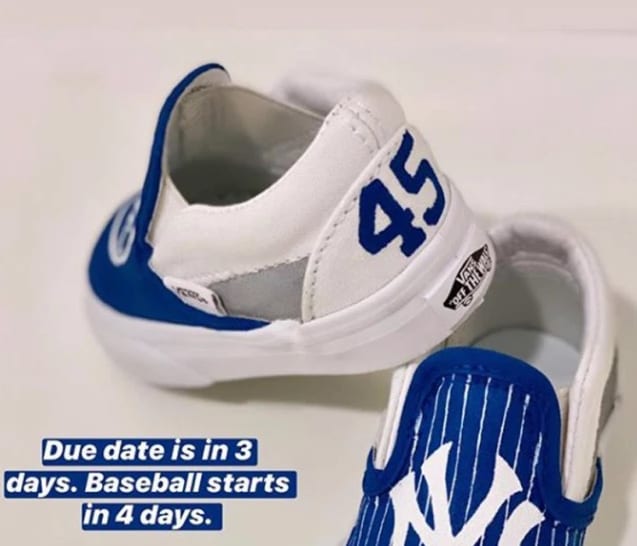 Gerrit Cole near full power at the Stadium

New York Yankees fans have a lot to look forward to in this shortened baseball season.  New pitching ace Gerrit Cole hasn’t been laying by the pool at his new home in Greenwich, CT; he’s been busy preparing for the 2020 baseball season during the layoff caused by the coronavirus pandemic.  Back in April and May, we were seeing videos of his wife Amy and he playing catch.  Cole even played catch with neighbor Aaron Boone.

Recently he has been seen working out at Yankee Stadium even before it opened for summer camp.  Yesterday at the Stadium, Cole had a workout with pitching coach Matt Blake.  Cole’s fastball was clocked at 95-99 mph.  Coach Blake said he was pretty close to game speed.  With three weeks of summer camp yet to be had, it looks like Cole will be at full arm strength by his July 23rd matchup with the Washing National’s Max Scherzer on baseballs opening day.

Back in January shortly after the New York Yankees signed pitching ace Gerrit Cole, he and his wife Amy announced that they were expecting a baby in June.  That due date was June 30th.  Taking to Instagram on Saturday, Amy polled her nearly 55,000 followers as to what major life-event will take place first: the birth of the couple’s first child or the beginning of spring training.  58% said the baby would come before the start of summer camp.

They were wrong as there is no baby news yet. So the baby watch continues.  Gerrit Cole had a workout yesterday at the Stadium, if he doesn’t show up today or suddenly leaves, we will know why.  The couple is expecting a baby boy and Amy showed on her Instagram account a pair of Yankee baby booties with the number 45 on them.

Will the New York Yankees use openers this year?

Anything is possible in short-season, said New York Yankee manager Aaron Boone on Wednesday.  With the three-week summer camp, some of the Yankee pitchers may not be up to full arm strength.  During a conference call with the media, Boone was asked about a six-man rotation that some teams may use.  Boone said that we are going to be creative and smart, referring to how he will handle the pitching staff early in the season.

In the past, the Yankees have been quite successful using openers when they were short of pitchers in both the 2018 and 2019 seasons.  Yankee reliever Chad Green was the most used to open games.  Green was successful in most instances.  The Green Luis Cessa duo may be used again, at least at the start of the season.

Hal sees the possibility of fans at Yankee Stadium

New York Yankees owner and general partner Hal Steinbrenner revealed in an interview with the YES Network that he believes that fans will be able to attend Yankee games at Yankee Stadium at some point in the season.

He says that the capacity would be somewhere in the 20-30% range, and everyone will be able to safely socially distance. He also added that he is “personally not sure that will be feasible, but we will see.”  Assuming that the coronavirus remains under control, the likelihood of that happening will increase as the season progresses.  It would be fantastic for Yankees fans if they could attend postseason games at the Stadium.