New York Yankees: Could 2022 be the go big year for the Yankees? 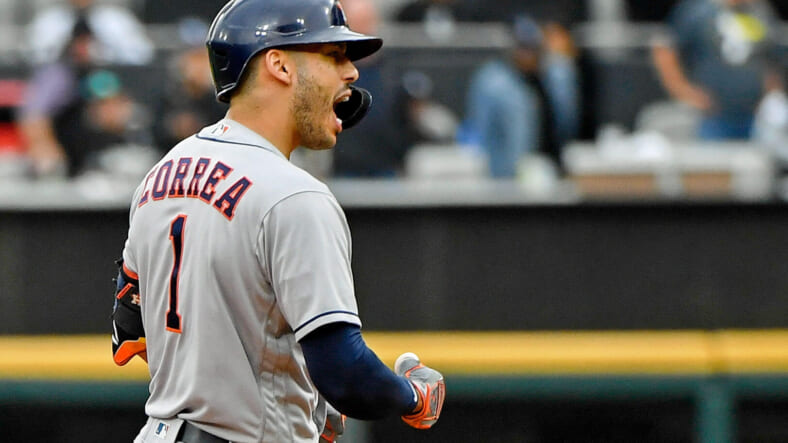 2021 was another disappointing year for the New York Yankees. After several years of not surviving the postseason, this past year, they didn’t make it past the wild card and lost to the rival Boston Red Sox in the winner-take-all game. It has now stretched to over a decade since the Yankees have even been in a World Series contest for the Yankees and their fans. Many marginal fans are ready to discard the Yankees as their team as their frustration boils over. Is it time for the Yankees to finally do something to reverse that trend?

Much of this is in the hands of managing partner Hal Steinbrenner who has experienced ever-increasing calls from Yankee fans that he sell the team to someone who will put forth the funds for a team that can bring a 28th World Championship back to New York. You can be sure he won’t decide based on fan approval, but as the team fails to win, he is starting to lose the revenues that the team enjoyed in their winning years. A new manager won’t help because they have decided to keep Aaron Boone around for another three years. So, it’s all about the players and coaches.

The New York Yankees haven’t done much to improve the team in the last five years, other than hiring starting pitcher Gerrit Cole in December of 2019. All of this while holding on to some questionable players like Gary Sanchez, Aaron Hicks, and Gleyber Torres. There is a multitude of problems the Yankees must solve before the start of the 2022 season just to put the team back together. They don’t have a regular everyday centerfielder; they don’t have a number two dependable starter needed to get to the postseason and win. And now they must also replace the departing coaching staff.

But beyond that, the Yankees need to do much more to produce a championship team. At the end of this season, the Yankees finally decided to discard their experiment with their shortstop and move Gleyber Torres back to second base. Unfortunately, the decision led to most infielders playing in positions they were not entirely familiar with. That is not a winning strategy. The Yankees finally need to hire an actual shortstop and one that is not just adequate but a star player that can defend and produce for the Yankees.

This offseason, the market for shortstops will be insane as several teams need to fill or upgrade that position. If the Yankees are going to win out, they are going to have to be aggressive. There are several routes the Yankees could take, but if you have been watching the postseason, one player that stands out from all others is Carlos Correa of the Astros. You don’t have to look at the stats; he is a bonafide star that could help the Yankees to another World Series. Looking at the stats, this season, he has in 148 games played he has a .279 batting average, 26 home runs, and drove in nearly 100 runs. He has an overall 7.5 WAR for 3rd in the American League. One big plus for the Yankees is that Correa has said he would love to play in New York, not explicitly mentioning the Yankees.

An MLB.com baseball insider and contributor to CBS Sports, Jon Heyman, has said the New York Yankees could be interested in Correa. But, the Yankees won’t be alone; the Detroit Tigers have also made it known that they are interested in the shortstop. But, there is a catch for the Yankees; Correas has ties to A. J. Hinch, who is the Tiger manager and former manager of the Houston Astros. Other star options for the Yankees could be Trevor Story, Marcus Semien, Corey Seager, or if the Yankees chose to go cheap, Javier Baez.

It seems like forever that the conversation turns to replace Gary Sanchez as the starting catcher at the end of every season. Yet it never changes as the Yankees have indicated their continual support of the failing Sanchez. But after another losing year, that may be changing. In an after-season news conference, general manager Brian Cashman was asked if Gary Sanchez would be the 2022 starting catcher. For the first time, Cashman would not answer the question, saying they would look at all positions.

Unlike shortstop, there are not many options for the Yankees; there are very few catchers available or are upgrades to Sanchez. One such option that fits the bill is Buster Posey. He has a $22 million option to return to the San Francisco Giants; many in the know say the Giants may not be willing to exercise that option. Posey is a star defender that hit .304 this season with 18 home runs. Posey is 34 years old and would not be a long-term solution for the Yankees, but a shorter contract would make an excellent pairing with Kyle Higashioka and mentor to up-and-coming Austin Wells.

This season with the Scranton Railriders, Wells, in 103 games, hit .264 with 18 home runs; he also burnt up the Arizona Fall League. Whether it is centerfielder, shortstop, or the catching position, it will be up to Hal Steinbrenner and, to a degree Brian Cashman if they want spend and make the big moves to bring a championship back to the Bronx.