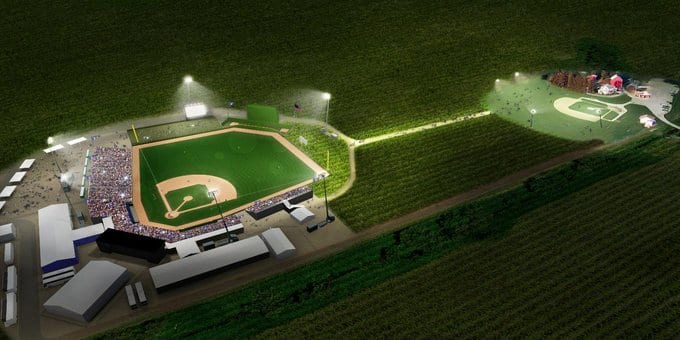 Major League Baseball announced in a press release on Monday that the New York Yankees and the Chicago White Sox will meet in the 2021 “Field of Dreams” game in Dyersville, Iowa. The game had been scheduled for the 2020 season between the two teams, but the matchup was postponed due to COVID-19.

In the release, the MLB stated that “plans will remain contingent upon the status of public health next summer, and the feasibility of ticket availability will be evaluated in the months ahead.”

An 8,000 seat temporary ballpark will play host the game in the cornfields of Iowa, where the movieÂ Field of Dreams took place. The stadium finished construction last year, but was reportedly torn down after the cancelation of last year’s game.

The matchup between the two teams will take place on Thursday, August 12th, 2021 while televised nationally on FOX.