New York Yankees: Cameron Maybin Hints That He Will Not Return In 2020 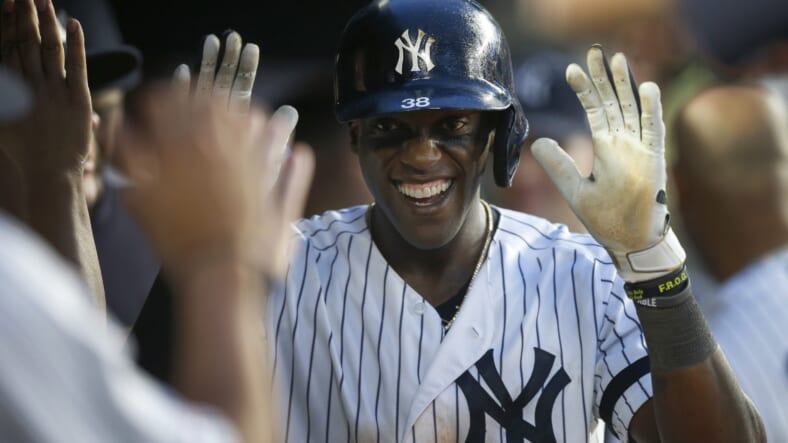 Recently, New York Yankees outfielder Cameron Maybin hinted on Twitter that he won’t be returning to the Yankees in 2020. Here’s the tweet:

It didn’t end as we had hoped, but I’m extremely grateful to the @yankees organization for allowing me the opportunity to wear pinstripes this season, and to the fans for making this journey so special. Big HUG to Yankee Nation. Y’all have a special place in my heart. pic.twitter.com/Vt2deE3Tlv

Just the way he phrased everything in the tweet seems like a farewell, especially the part of “Y’all have a special place in my heart.”

Maybin began the season in AAA for the Cleveland Indians before the Yankees picked him up due to injuries. We thought that he would only last on the roster temporarily, but stayed with the team all year due to his consistent play and clubhouse presence. He did miss a little bit of time with a calf injury.

I personally hope that the Yankees can find a way to hold onto him for at least one more year. Aaron Judge, Aaron Hicks, and Giancarlo Stanton would be your starting outfielders while you have Brett Gardner and Maybin off the bench and DHing. That’s if the Yankees choose to resign Brett Gardner (which they likely will).

Maybin is currently better overall compared to a guy like Clint Frazier and also much more mature. Who knows, maybe the team could shop guys like Frazier, Tyler Wade, and Deivi Garcia for Francisco Lindor or starting pitching.

Maybin was already a clubhouse presence, but coming back in 2020 could help fill the role of CC Sabathia in the non-pitching aspect (obviously).

But if he indeed doesn’t return to the Yankees, it would be disappointing but understandable in a sense. He could be leaving to try and find another starting job.

Thanks to Cameron Maybin for everything he did as a Yankee. He was seriously a huge part of team in 2019.