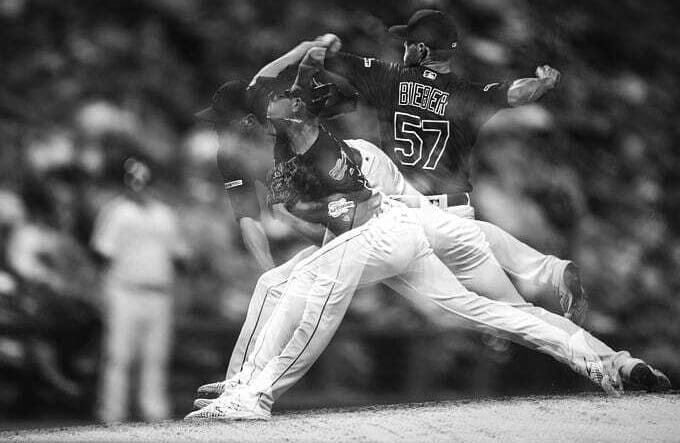 The American League finalist were the Indians Shane Bieber, the Twins Kenta Maeda, and Blue Jays Hyun Jin Ryu. Bieber was the odds on favorite.

Bieber finished with eight wins, 122 strikeouts, and a 1.63 ERA to walk away from the 2020 season as the first MLB pitching Triple Crown winner (not just for his respective league) since Johan Santana in 2006. Bieber also led all qualified starters in fWAR (3.2), FIP (2.07), and strikeouts per nine innings (14.20). The 25-year-oldâ€™s strikeout rate of 41.1 percent was the highest by a qualified starting pitcher in a season.

Maeda pitched about as effectively and consistently as the Twins could have hoped in the shortened season, and that’s why his 0.75 WHIP was the second-best mark by a qualified pitcher in MLB’s Modern Era (since 1900), trailing only MartÃ­nez (0.74 WHIP) in 2000 and sitting one spot ahead of Johnson (0.78) in 1913. He never allowed more than three runs or six hits, all while completing at least five innings each time out.

The Blue Jays signed Ryu to be a true ace, and that’s exactly what the veteran lefty delivered. Pitching to a 2.69 ERA with peripheral numbers that fell in line with his excellent career stats, Ryu was there to stop losing streaks and extend winning streaks, giving the Blue Jays something they desperately needed, especially in a season where their rotation was hit hard by injuries and inconsistent performances.

The National League was a different story; before the award was announced, experts could have thrown the three baseball cards up in the air, and the odds out would have won. If anyone could be given the edge, it would have been Trevor Bauer.

If Jacob deGrom were to win the Cy Young this year, it would be his third year in a row. The prized pitcher had a bunch of bad luck this season. All of his starts were against premier teams, and he lost out on any postseason performance that propelled him to his previous wins.

Yu Darvishâ€™s 2020 Cy Young candidacy actually began last year. After a tough first half in 2019 for the Cubs, he turned it around and became the Cubs ace. Darvish won eight of his 12 starts, turned in a 2.01 ERA, and ended with 93 strikeouts against 14 walks in 76 innings, giving him a better strikeout-to-walk ratio (6.64) than Bauer (5.88) or deGrom (5.78). And with Darvish and Kyle Hendricks leading Chicago’s rotation, the offense-starved Cubs won the division after missing the playoffs last year.

The money was on Bauer or Darvish, with no tri-peat for deGrom.