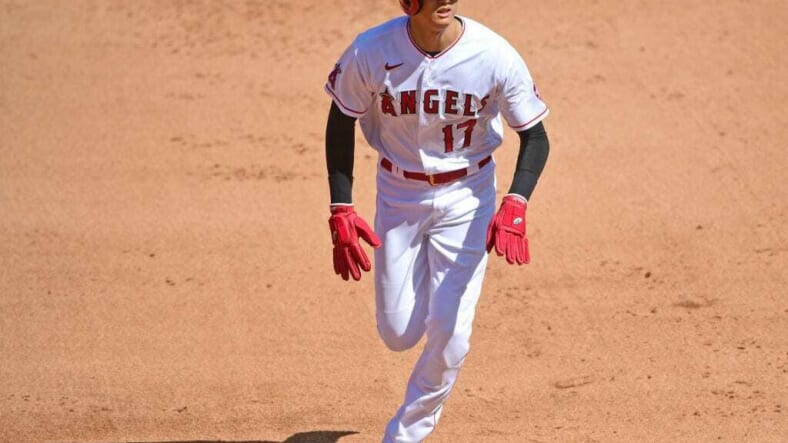 Tonight all of baseball, regardless of team affiliation, MLB honored the All-Stars of 2021 at Coors Field, Denver, Colorado, at the annual All-Star game. The game was originally scheduled to occur in Atlanta, Georgia, but when Georgia passed suppressive voting rules, MLB took a stand and moved the game to Colorado, one of the state with the least restrictive voting rights laws. The winner of the game got the home-field advantage in the World Series, and that was the American League for the 8th time in a row..

The pregame led off with a tribute to Hank Aaron, one of baseball’s greats who passed away this year. Hank Aaron was one of a kind, a man like Jackie Robinson that paved the way for future black players. During his time in baseball, especially from the beginning, he endured extreme racism, but he did it with grace and professionalism. OnÂ  April 8, 1974, Hank Aaron of the Atlanta Braves hit his 715th career home run, breaking Babe Ruth’s home run record. After that, he started to receive the praise he deserved. Over the decades, he has become a true baseball legend. Unfortunately, Aaron died on January 22nd.

Only New York Yankee slugger Aaron Judge was selected to start the All-Star game in the right field in the months-long selection process. In a different selection process Yankees ace Gerrit Cole was selected to pitch in the game, although not as a starter; that honor went to Shohei Ohtani. Also selected was Yankee closer, Aroldis Chapman. Following the pregame ceremonies, the team lineups and starting lineups of the American and National League players were individually introduced. That was followed byt a park video again honoring Hank Aaron. Then, Yankee Aaron Judge walked his wife Bille Aaron onto the field to receive an Aaron jersey autographed by every All-Star player.

The national colors were presented with a field-sized American flag unfurled across the field as Hamiton star Christopher Jackson sang the national anthem and a military fly-over.

Then the 91st All-Star game started with Max Scherzer facing Shohei Ohtani, who ground out to second base. Scherzer started with a 1-2-3 inning putting down all he faced. Then, a the bottom phenomenon Shohei Ohtani was on the mound as the AL starting pitcher; he faced Fernando Tatis Jr., who flew out to left field. He put down all three players he faced, including Colorado’s favorite Nolan Arenado. No score.

The second inning was led off by New York Yankee Aaron Judge faced Corbin Burnes, and he walked on four pitches. Rafael Devers doubled down the right-field line moving Judge to third base. Semien singled, and Aaron Judge scored for the American League lead in the game. Perez, with two on and no outs, struck out. Hernandez struck out, leaving two on base, but the AL got the one-run lead in the game. At the bottom, Lance Lynn faced Freeman, who rocketed to first for the first out.Â  Castellanos skied out. Winkler walked. Realmuto went down swinging. AL 1 NL 0.

Mullins led off the third inning against Burnes out for his second inning and struck out. Ohtani ground out for the second time. Gurriel Jr. homered for the 200th home run in All-Star history for the second run for the AL.Â  Bogaerts singled. Aaron Judge lined out to short, but the AL picked up the two-run lead. At the bottom, Lyle Gibson faced Reynolds, who almost homered, but Aaron Judged reached over the wall and robbed him. Frazier singled. Tatis Jr. flew out to right-center. Muncy popped out. AL 2 NL 0.

The fourth inning was led off by German Marquez, who ground out Devers. Semien ground out to third. Perez struck out swinging. At the bottom, Nathan Eovaldi faced Arenado, who ground out to second. Freeman singled. Castellanos ground into a double play to end the inning. AL 2 NL 0.

Hernandez got a leadoff fifth inning double against Trevor Rogers. Mullins singled with Hernandez going to third. Rogers struck out. Guerrero ground out, but Hernandez scored for the third AL run. Bogaerts singled driving in another run. Judge flew out to end the half. At the bottom, AL pitcher Gregory Soto facedÂ  Winker, who few out. Realmuto homered for the first NL run. Reynold tapped out. Frazier lined out to short. AL 4 NL 1.

Ramirez was led off the sixth inning facing Taijuan Walker; he flew out to far center field. Merrifield struck out. Zunino got the AL’s fifth run. Walsh flew out. At the bottom, Chris Bassitt pitching, Crawford popped out. Turner ground out. Machado singled but advanced to third on an AL error. Cronenworth walked. Soto walked to load the bases with NL players. Bryant at the plate a passed ball allow Machado to score, Bryant ended up striking out. AL 5 NL 2.

Bischette led off the eighth inning against former Yankee Mark Melancon and struck out. Gallo walked. Alex Reyes took over for Melancon, facing Wendal, who singled for two on and one out. Merrifield ground into a force-out, moving Gallo to third. Zunino ground out to end the half. At the bottom, Trey Turner flew out to right. Justin Turner singled. Escobar singled up the middle to two on and one out for the NL. Cronenworth ground out to short. Soto walked to load the bases for the NL for the second time. Bryant flew out to left leaving the bases loaded. AL 5 NL 2.

At the top of the ninth with Craig Kimbrel on the mound, Jared Walsh flew out to center. Garcia doubled to second. Nelson Cruz with 435 home runs ground out to first. The new pitcher was Zack Wheeler facing Matt Olsen struck out. The NL with the last licks on the line sent Narvaez out to face new AL pitcher Liam Hendriks and singled. Narvaez tried to advance on a passed ball that bounced back to the catcher and he got him out at second. Chris Taylor struck out swinging. Ozzie Albies got a two-out double. Craig Turner ground out to center to end the game and give the American League the home-field advantage in the World Series.