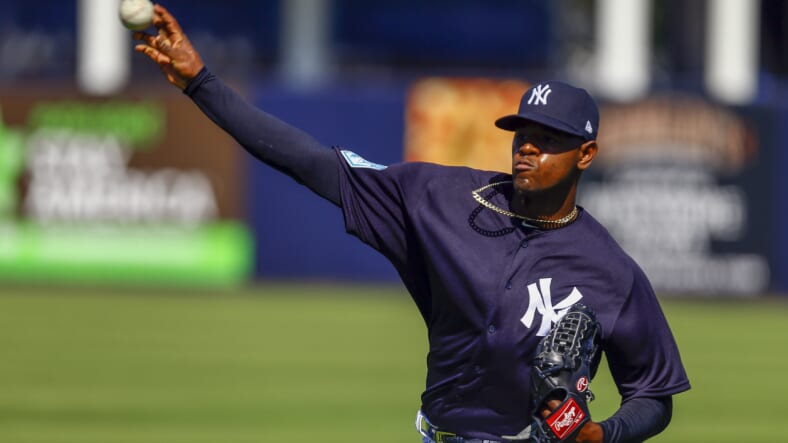 The New York Yankees announced on Tuesday that Luis Severino would be out for the rest of the season as he will be undergoing Tommy John surgery.

As soon as I heard about his arm issues last week, I instantly had a bad feeling. With everything he went through last year, it seemed that this was all connected.

But unfortunately, we’re two weeks into spring training and already down our number two pitcher. Our number four pitcher James Paxton is making good injury progress and should be throwing again within a week.

Right now, the rotation looks like this: Gerrit Cole, Masahiro Tanaka, JA Happ, Jordan Montgomery, and an unknown player. Paxton won’t be ready for opening day, and with Domingo German suspended until June, someone will need to make a few starts.

The Yankees could either sign a veteran pitcher for cheap or use in-house guys. The in-house guys that come to mind are Jonathan Loaisiga or Luis Cessa. Both guys are already on the 40-man roster and have started before.

Deivi Garcia could be another option and is also on the 40-man roster. The only problem is, he hasn’t pitched a major league game. He’s very inexperienced and needs more time in AAA.

So, the Yankees have a problem to sort out already. It’s just February, but it still feels like 2019 with all the injury news. Luckily, we’re still a month from opening day, and the Yankees have plenty of time for trial and error to figure out who the temporary fifth starter will be.