How does Red Sox payroll offloading of Mookie Betts affect the Yankees? 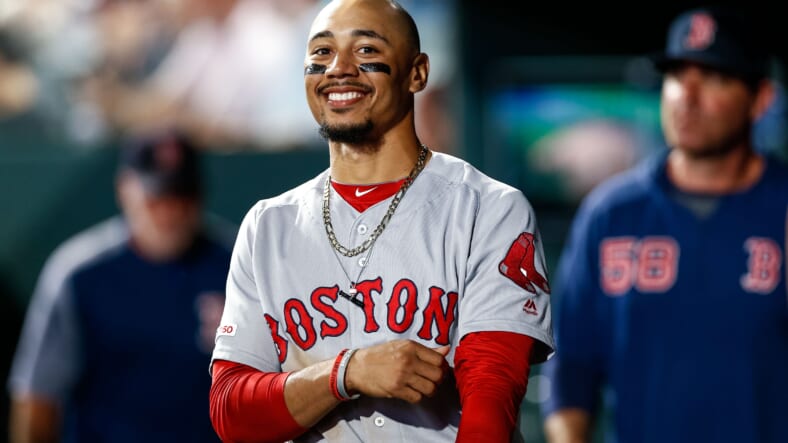 An earthquake traveled through the baseball world last night when the Athletic’s Chad Jennings tweeted that both Betts and Price are headed to Los Angeles.Â  This news is both sensational and transformative for the Boston Red Sox and the Los Angeles Dodgers.Â  It is reported that the Red Sox get the 23-year-old lefty outfielder Alex Verdugo.Â  It was also revealed that the Sox will eat part of Price’s salary.

What will Red Sox fans think?

Many Red Sox fans will not be happy when they find out their most popular player in decades will not be with the Sox in the 2020 campaign.Â  For the Yankees, they will be pleased in the short term as they will no longer face one of the most successful hitters against them.Â Â  Now they will face the outfielder Verdugo that is not close to the player Betts is.Â  In the long term, the Yankees will most likely face the Dodgers who now appear destined to reach the World Series again, and with an improved team brought about by this blockbuster trade deal.

The Boston Globe’s Alex Speier reported that there is a third team involved in the complicated trade deal. That team is the Minnesota Twins who will get RHP Kenta Maeda from Dodgers while the Red Sox will get RHP prospect Brusdar Graterol from Twins.Â  With the completion of this trade, it will be the second-biggest baseball move of the offseason after the New York Yankees acquisition of arguably the best pitcher in baseball Gerrit Cole.

The Los Angeles Dodgers fell short of the World Series last year while having one of the most potent lineups in the National League.Â  Adding Mookie Betts to the equation puts them over the top and realistically makes their offense equal or surpassing the Yankee’s potent lineup.Â Â  This how the Dodger lineup sets up for the 2020 season.

On the pitching side, Cy Young winner David Price who will undoubtedly do even better in the National League.Â  He will augment an already reliable pitching staff that includes another Cy Young winner in Clayton Kershaw and the great Cy Young prospect, their 25-year-oldÂ  ace Walker Buehler.Â  The Dodgers lost Hyun-Jin Ryu when the left-hander agreed to a four-year, $80-million contract with the Toronto Blue Jays earlier in the offseason. The Dodgers will hope that Price softens that loss.

Looking at the impact on the baseball horizon as we approach spring training that is only two weeks away, the Los Angeles Dodgers are the big winners in this shocking deal, and they did it without stripping their farm system of prospects.Â Â  As big as the win for the Dodgers is, the dismantling of the Red Sox are even more amazing.Â  The Red Sox are left with a team that is less powerful and puts their pitching staff in even more question.Â  Last year their lefty ace Chris Sale imploded with a 6-11 record.Â Â  Rick Porcello was 14-12, but he’s gone to the New York Mets this offseason.Â  Nathan Eovaldi was plagued with injuries and only started twelve games going 2-1.Â  On the bright side lefty, Eduardo Rodrigeuz was 19-6, and there is every reason to believe he will continue his winning ways.Â  The Boston Red Sox ranked 20th in the majors in starter ERA (4.95) during 2019 while winning only eighty-four games.Â  The Red Sox are the big losers in this deal while accomplishing their main objective this offseason, shedding salary.

This deal has created more than one winner.Â  Take notice, Yankees!Â  The 2019 Twins were a fantastic team that collapsed in the postseason with the Yankees sweeping them in the ALDS.Â  Their pitching in the postseason was horrible.Â  With the Twins acquisition of veteran pitcher Kenta Maeda, the Twins will attempt to equal their 101 wins, and if reaching the postseason, they will look to not repeat last year’s dismal performance.Â  The Minnesota Twins may well be the team to watch this coming season.