Could the New York Yankees reunite with Austin Romine in 2021? 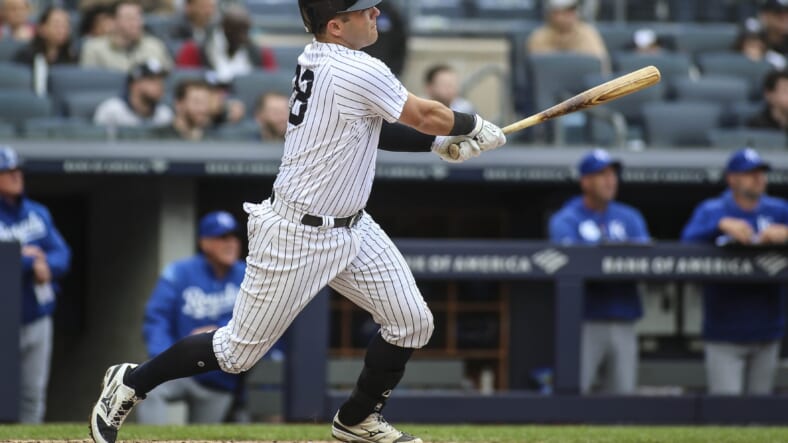 After the 2019 season, the New York Yankees let backup catcher Austin Romine walk in free agency, and he signed a 1 year, $4.1 million deal with the Detroit Tigers. Since the deal was just one year long, it means he’s a free agent once again. Could the Yankees reunite with him in 2021?

It’s no question that the Yankees have struggled to get output from the catcher position over the past few seasons. Ever since Aaron Boone became manager, things went downhill for Gary Sanchez. 2019 was mediocre for him with a .238 average and a .841 OPS, but bat under .200 with a sub-.700 OPS in both 2018 and 2020.

CouldÂ a Romine reunion in The Bronx could help with that problem? With Gary Sanchez struggling and question marks surrounding current back-up Kyle Higashioka, Romine might not be a bad signing.

Romine’s 2019 season with the Yankees was solid. With Gary Sanchez making multiple trips to the IL, Romine’s role expanded. He hit .281 in 228 at-bats, hitting eight home runs and driving in 35 runs. He had a .748 OPS with a 96 OPS+. For a backup catcher, those numbers are very respectable.

With the Tigers in 2020, Romine didn’t see as much success as the year prior, but played well enough for his role. He was technically the starter, however he didn’t play as much as many starting catchers do. In the 60 game season, Romine bat .238 in 130 at-bats, hitting two home runs and driving in 17. He played just 37 games.

The Yankees have seemingly developed a catching problem over the past three years. Could bringing Austin Romine back in pinstripes help with that problem?