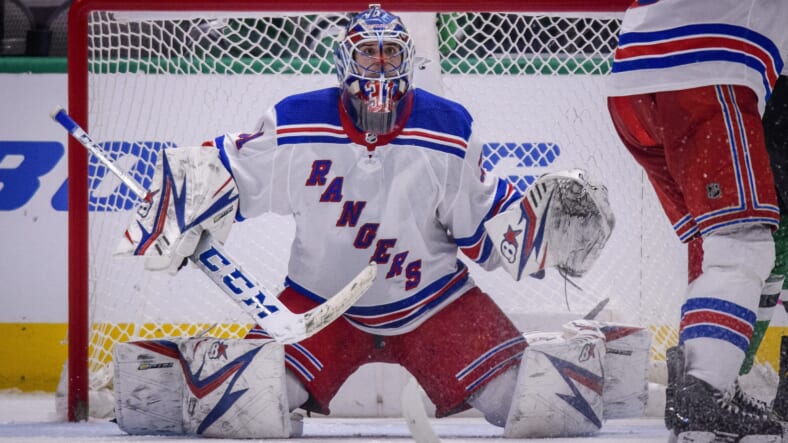 Coming off a four-game sweep of the New Jersey Devils, two New York Rangers have been named as winners of weekly awards.

Igor Shesterkin was named on Monday as the NHLPA player of the week. The NHLPA stated that Shesterkin continues to be a cornerstone player for the New York Rangers as the rookie earned an NHL career milestone while posting back-to-back shutouts to lead the league with three wins.

Shesterkin went 3-0-0 for the week and posted a 0.99 goals-against average and a .962 save percentage. After returning from a groin injury on March 25, Shesterkin has been one of the top goalies in the league, posting a 7-2-2 record along with a 2.24 GAA and a .929 SV%. Over that span, he leads goalies with 326 saves and two shutouts while sitting tied for second in wins.

â€œIgorâ€™s been great,â€ Mika Zibanejad said about his teammate. â€œHe was unbelievable last year as well. We know what kind of goalie he is and I feel like he gives us a chance to win games every night. He comes up with saves at the right times and thatâ€™s huge for us.”

The NHL also announced that Artemi Panarin was the second star of the week. Panarin led the NHL with four goals and six assists for 10 points and a +8 rating in four games.Â  The league cited this for helping the Rangers sweep their four-game series against New Jersey.

Dustin Tokarski of the Buffalo Sabres was named the first star of the week. Tokarski led the League with 128 saves last week while also earning his first NHL win since Dec. 12, 2015.