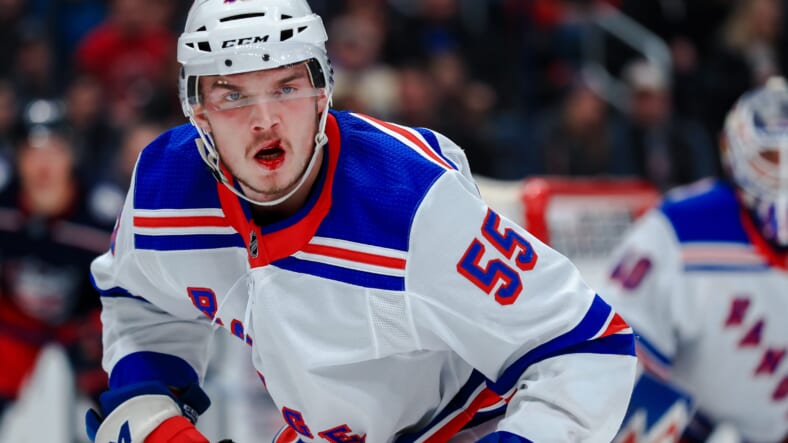 Ryan Lindgren and Alexandar Georgiev have joined Patrik Nemeth on the Rangers’ COVID-19 list as they wait for the green light to return.

UPDATE: Three #NYR are in the NHL’s Covid protocol:

The placement of Georgiev and Lindgren will temporarily deny the Rangers (19-7-4) the services of two major contributors to their hot start. Lindgren (as well as Nemeth) has appeared in all 30 Ranger games this season and leads the team with a plus/minus of 9. Georgiev filled in serviceably for injured primary netminder Igor Shesterkin, amassing a 5-3-2 record with a 2.87 goals against average to go with a .902 save percentage.

In the midst of the ongoing health crisis, namely the spread of the omicron variant of COVID-19, the Rangers have not played since a shootout loss to the Vegas Golden Knights on Dec. 17. Two further games at Madison Square Garden (Dec. 22 against Montreal and Monday’s visit from Detroit) have since been postponed as part of a league-wide pause, with games scheduled to resume on Tuesday. New York’s next scheduled game lands on Wednesday against the Florida Panthers (7 p.m. ET, MSG 2).

Though the Rangers have not made any announcements, it’s likely that they will recall Keith Kinkaid from AHL Hartford to take over for Georgiev as Shesterkin nears a return. The former New Jersey Devil is in the midst of his second season with the Rangers and made his season debut on Dec. 15, stopping 29 shots in a 3-2 win over Arizona. In terms of blue-line help, Hartford defensemen with notable NHL experience include Zac Jones, Jarred Tinordi, and Anthony Bitetto.