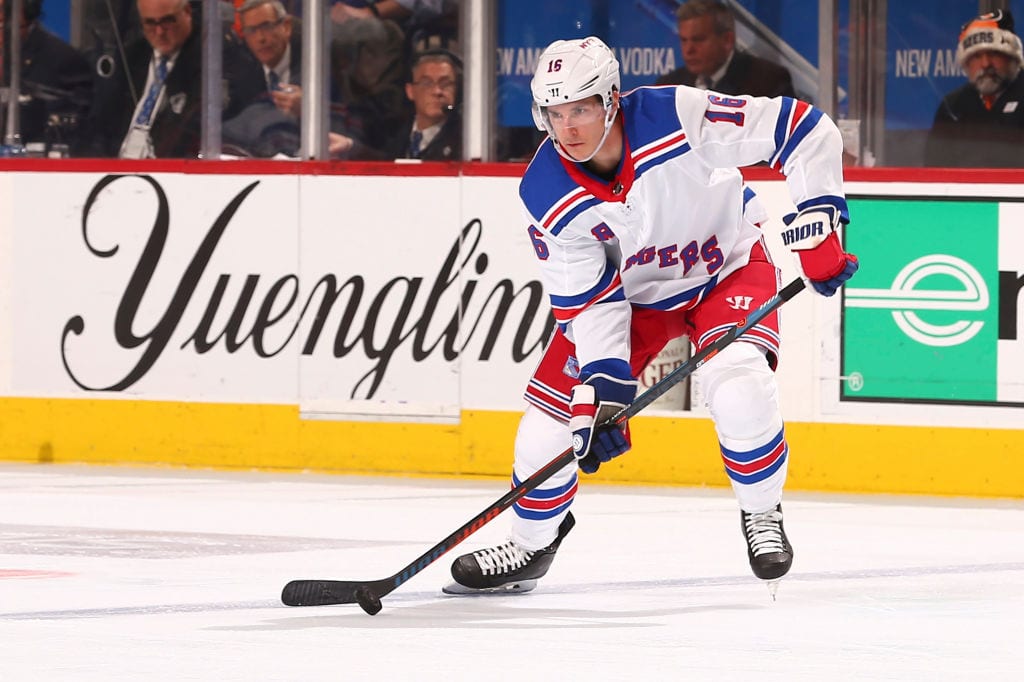 The New York Rangers have already made qualifying offers to restricted free agents Tony DeAngelo, Alexandar Georgiev, and Brendan Lemieux. However, according to Larry Brooks of the New York Post, the Rangers have yet to make an offer to Ryan Strome.

Strome had a career year in 2019-20 and finished third on the team in scoring. The 27-year-old posted new highs in assists (41) and points (59) and showed strong chemistry with Artemi Panarin.

The New York Rangers have not yet decided whether to extend a Qualifying Offer to pending restricted free agent Ryan Strome.
[@NYP_Brooksie]

If the Rangers do not qualify Strome, he would become an UFA.#PlayLikeANewYorker pic.twitter.com/C1RJy1igQX

So with those improved numbers, why would the Blueshirts not give Strome a qualifying offer?

According to Brooks, arbitration eligibility is a major issue regarding the qualifying offer. Those numbers would likely elevate Strome, who had a cap hit of $3.1 million last season, into the realm of the $4.75 million neighborhood. If you add in the fact that he is just a year away from unrestricted free-agency, this may give the Rangers a situation that they are unwilling to pay for.

The Blueshirts brass has worked really hard in clearing up cap space, as evidenced by the deadline trade of Brady Skjei to Carolina, the offloading of Marc Staal to Detroit, and the buyout of franchise legend Henrik Lundqvist. Even so, with several others needing contracts they are not in a spot where they can just spend the extra money and hope everything turns out fine in the end.

The other issue could be whether the Rangers think that this might be a one-year thing for Strome and/or that his production was more Panarin related.

Before 2019-20, Strome was coming off of five straight seasons between 28 and 35 points. Those numbers were just satisfactory as he was viewed as a frequent underachiever during his time with the Islanders and Oilers before joining the Rangers. His record would be something the Rangers would mention in an arbitration case but his performance this season would factor in heavily in a hearing.

There is still the possibility that the Rangers might be trying to see if they can find a more cap-friendly replacement on the free-agent market. However, between cap hits and age, an already thin free-agent crop at the center position makes this task more difficult.

The Rangers have until 5:00 PM on Tuesday to make a Qualifying Offer.