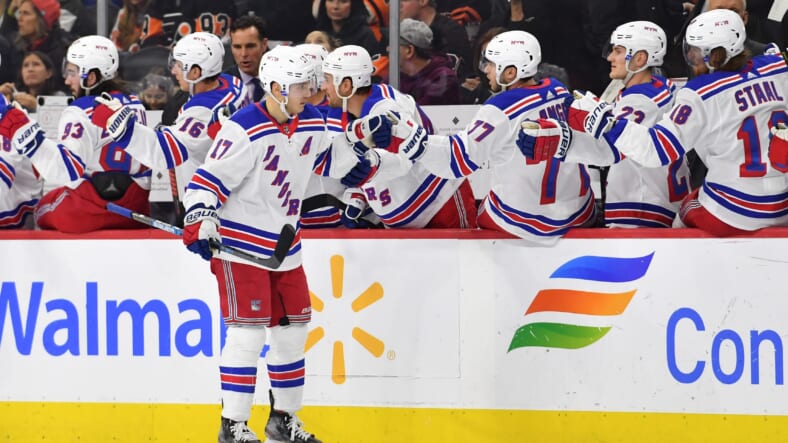 As the New York Rangers continue with their All-Star/Bye week break, they will soon come upon a favorable part of their schedule that could get them within shouting distance of the NHL playoffs. In order for this to happen, three of their younger players will need to step up their game in the second half of the season.Â  This is even more important for a team that has 14 players who are 26 or younger and five of whom are 21 or younger.

It would have been very easy to put your head down and pout after being demoted. We have seen that before. But that was not the case with Filip Chytil. he started this season in the AHL but was called up to New York after playing just nine games with the Wolf Pack. The Rangers rewarded him with the opportunity to have consistent ice time, including time on the power play. This time he has taken full advantage of itÂ  Last year he finished with 11 goals and 12 assists but struggled to play with consistency and also was a minus-22, worst on the team. This year he already has 11 goals and has been sometimes paired Brett Howden and Kaapo Kakko, forming what has been termed “The Diaper Line”. The twenty-year-old will be expected to demonstrate the leadership and maturity needed in order for this third line to continue making contributions for the Blueshirts.

The New York Rangers continue to be patient with Brady Skjei

The Rangers were expecting a lot from Brady Skjei after a promising rookie season in 2017-18. They did not get that from the young defenseman in the next two seasons. Instead, the saw an inconsistent, mistake-prone young player struggling to play up to his potential.Â  The turn around may have come when the Rangers traded for longtime friend Jacob Trouba. The two 25-year-olds have been a duo on the ice in the back part of this season so far. For Skjei, this has led to some improvement this season. This season he already has seven goals and has added 14 assists in 47 games and he has still been much better with his decision-making and in the defensive zone than he was in previous seasons. This needs to continue as many times the Rangers have suffered from poor decision making. However, it is time to reward the Rangers for the patience they have shown him in previous years.

Adam Fox making a case for Rookie of the Year

His move from college to the NHL has gone better than most have anticipated. Fox has shown a level of poise with the puck that was always evident at Harvard, and his average north-south speed has not been an issue thanks to good edges and anticipation. Fox moves the puck remarkably well, racking up assists and aiding in the transition game. He recently took sole possession of the team lead in power-play assists with 11. Fox is having an outstanding season with 27 points. The process of the maturing of young NHL players is keeping this kind of play up for the entire season, especially as the Blueshirts gear up for a playoff run.