The New York Rangers have agreed to terms with Alexandar Georgiev 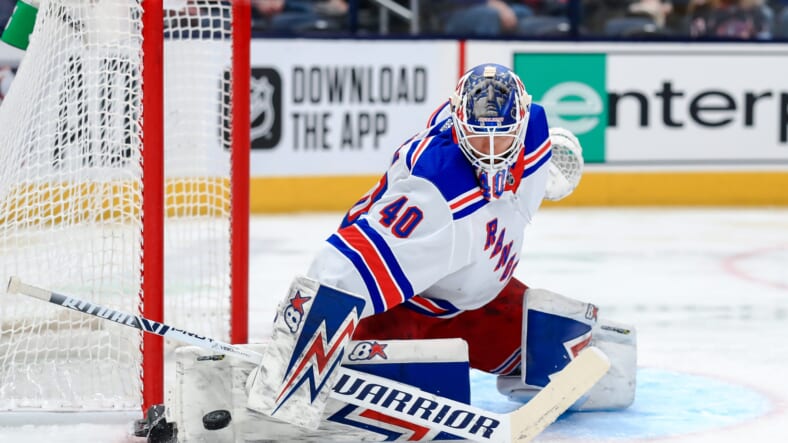 The New York Rangers have announced that the team has agreed to terms with restricted free agent goaltender Alexandar Georgiev.

Georgiev had filed for arbitration and was scheduled to go before an arbitrator on Oct 31.https://t.co/l6IITZSoI6

The Ruse, Bulgaria native was signed by the Blueshirts as an undrafted free agent on July 19, 2017. Georgiev is the only Bulgarian-born player in NHL history. He is expected to provide the 1-2 punch in net along with Igor Shesterkin.

Alexandar Georgiev, signed 2x$2.4M by NYR, is an above-average goalie who excels on the PK. He stole a fair number of games for the Rangers while stopping plenty of high-danger chances this season. #Rangers pic.twitter.com/mPortdFFJG

The 24-year-old appeared in 34 games with the Rangers this past season, posting a 17-14-2 record, along with a 3.04 GAA, a .910 SV%, and 2 SO. He established career-bests in several categories in 2019-20, including appearances, games started (32), and wins, and he led Rangers goaltenders in all three categories during the season. Georgiev won 13 games in which he made 30 or more saves this past season, which was tied for the sixth-most in the NHL. He posted a 13-5-1 record in 19 road appearances in 2019-20; his 13 road wins were tied for the fifth-most in the NHL during the season, and his .921 SV% on the road was tied for the ninth-best in the NHL (min. 10 road appearances). Georgiev posted a six-game road winning streak from November 23, 2019, at Montreal to December 28, 2019, at Toronto, and his six-game road winning streak was tied for the third-longest by a Rangers goaltender in franchise history (trailing only Mike Richter (eight games in 1996-97) and Dave Kerr (seven games in 1934-35)). Georgiev also tied for ninth among NHL goaltenders (min. 23 appearances) in SV% while shorthanded this past season (.888).