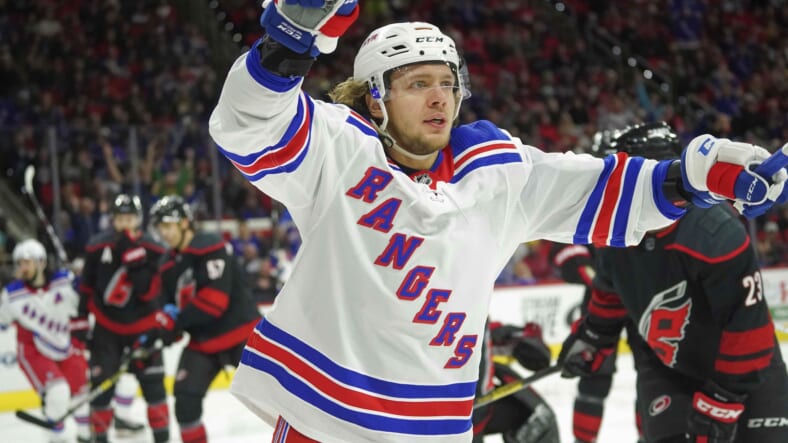 In a press release, the New York Rangers announced their team awards for the 2019-20 season. The three awards handed out are the team MVP, the Players’ Player award, and the John Halligan Good Guy Award

According to the Rangers, The Most Valuable Player Award was voted on by members of the New York Rangers media and has been given annually since the conclusion of the 1941-42 season.

While Mika Zibanejad did receive some first-place votes, Panarin’s season was truly one worthy of being the MVP.

Jesper Fast selected as the recipient of Playersâ€™ Player Award

This makes the fifth consecutive season that Fast has won this award.

The Playersâ€™ Player Award has been given annually since the conclusion of the 1958-59 season and recognizes the Ranger who, as selected by his teammates, â€œbest exemplifies what it means to be a team player.â€

Fast skated in 69 games with the Rangers this season, registering 12 goals and 17 assists for 29 points, along with a plus-16 rating and 20 penalty minutes. He established career-highs in plus/minus rating and average ice time (16:36) in 2019-20. Fast ranked 21st among NHL forwards (and led Rangers forwards) in shorthanded ice time (162:35) this season

The John Halligan Good Guy Award recognizes a player for their cooperation with the media throughout the season. The award has been presented annually since the 1974-75 season and was renamed in 2009-10 to honor the teamâ€™s late public relations director. The award recipient is chosen by members of the Professional Hockey Writers Association who cover the Rangers throughout the season.

The 2019-20 season was Kreiderâ€™s second full season as one of the Rangersâ€™ alternate captains; he was named an alternate captain at the start of the 2018-19 season and had worn an â€œAâ€ for several games during the final month of the 2017-18 season.