The New York Rangers agree to terms with Tony DeAngelo 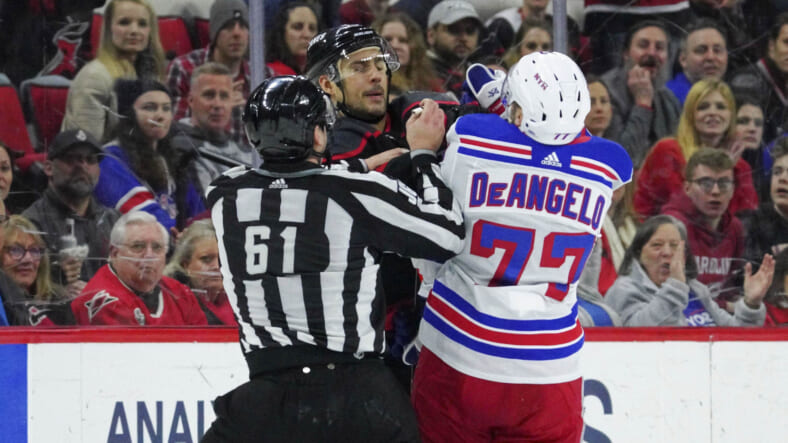 The New York Rangers have re-signed defenceman Tony DeAngelo to a two-year, $9.6 million contract with an AAV of $4.8 million. pic.twitter.com/mFtnhcoRoE

DeAngelo tallied 15 goals and 53 points in 68 games with the Rangers during 2019-20. The 24-year-old established career-highs in several categories last season, including goals, assists, points, plus/minus rating, and games played.

Selected by the Tampa Bay Lightning in the first round (No. 19) of the 2014 NHL Draft, DeAngelo has scored 105 points (24 goals, 81 assists) in 200 regular-season games with the Rangers and Arizona Coyotes.

The Sewell, N.J., native tied for fourth among NHL defensemen in goals and points, and tied for ninth among defensemen in assists, power-play assists, and power-play points in 2019-20. He also became the first Rangers defenseman to record at least 50 points in a season since Brian Leetch in 2001-02.