The New York Rangers agree to terms with Brendan Lemieux 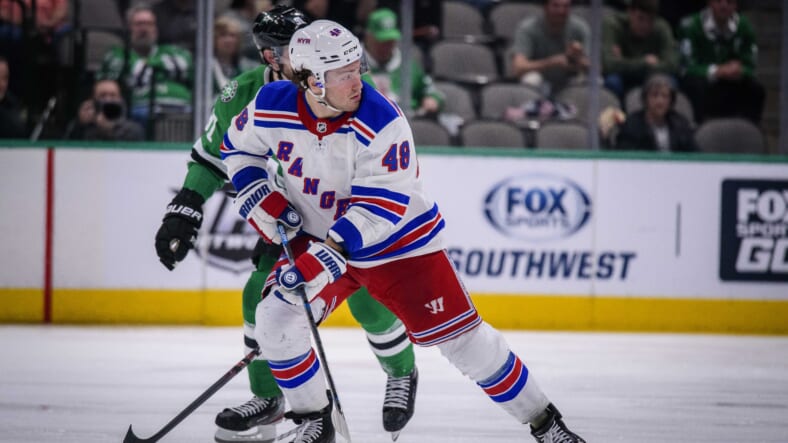 The New York Rangers and Brendan Lemieux have settled on a two-year contract, avoiding arbitration. As reported by Sportsnet’s Elliotte Friedman, the deal carries an average annual value of $1.55 million.

Lemieux was selected by Buffalo in the second round, 31st overall, of the 2014 NHL Entry Draft. Lemieux was acquired by the Rangers from Winnipeg on February 25, 2019.

Lemieux skated in 59 games with the Rangers this past season, registering six goals and 12 assists for 18 points, along with 111 penalty minutes. He established career-highs in several categories in 2019-20, including assists, points, penalty minutes, and hits (164). Lemieux ranked second in the NHL in penalty minutes and tied for fifth in the league in major penalties (five) this past season. In addition, he ranked third in the NHL (min. 30 games played) in penalties drawn per 60 minutes of ice time (2.53) and ranked seventh in the NHL in penalties drawn (32) in 2019-20. Lemieux led the Rangers in penalties drawn and ranked second on the team (led team forwards) in hits this past season, and the Rangers posted a 12-3-1 record in games which he registered a point in 2019-20. He also skated in one game during the 2020 Stanley Cup Qualifiers.