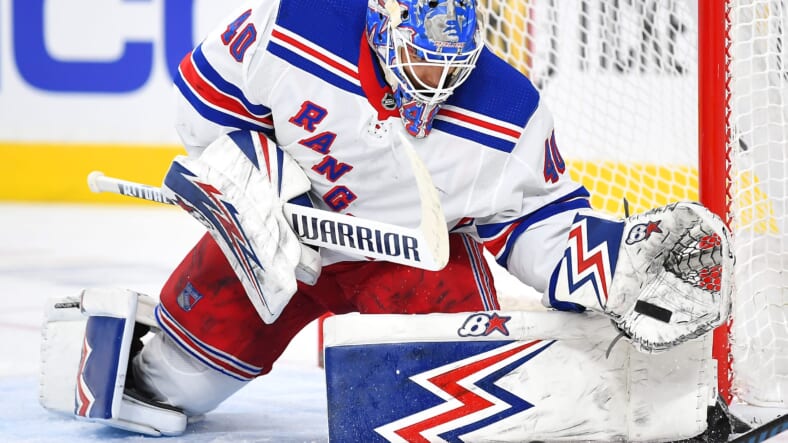 The New York Rangers did not get the offensive explosion they were hoping for but solid defense and goaltending were enough to lead the Blueshirts to a 3-2 shootout victory over the Philadelphia Flyers.

The Rangers took the lead in the third period on Brendan Smith‘s first goal of the season but the Flyers tied it up when Joel Farabee punched in a shot during a scramble in front of the Ranger’s net.

The Rangers defense was stellar on the night as they only allowed the Flyers to get 22 shots and killed all five of the Flyer’s power-play attempts.

The Flyers played their first game after 11 days off due to players being placed on the COVID-19 protocol. Claude Giroux, Travis Konecny, Scott Laughton, Oskar Lindblom, Jakub Voracek, and Justin Braun were out. None of the six will make the trip to Lake Tahoe on Sunday for Philadelphiaâ€™s outdoor game against Boston.

Alexandar Georgiev stopped two of the three Flyer’s attempts in the shootout and had 20 saves on the night. This was Georgiev’s third straight overtime game.

The New York Rangers were pleased with their resiliency

In his post-game press conference, Smith talked about how the Rangers did not get down after the Flyers scored late in the third period. “I think we didn’t break. I think with a lot of younger teams that they will break after giving up the tying goal. It was good resilience and a good effort. We really needed that.”

Artemi Panarin said after the game that “Today we played better and after the second goal against it was great that the team didn’t give up. It was a big win for us”

The Rangers will be back in action on Saturday afternoon when they travel to Washington to face the Capitals with a 12:30 p.m. puck drop.