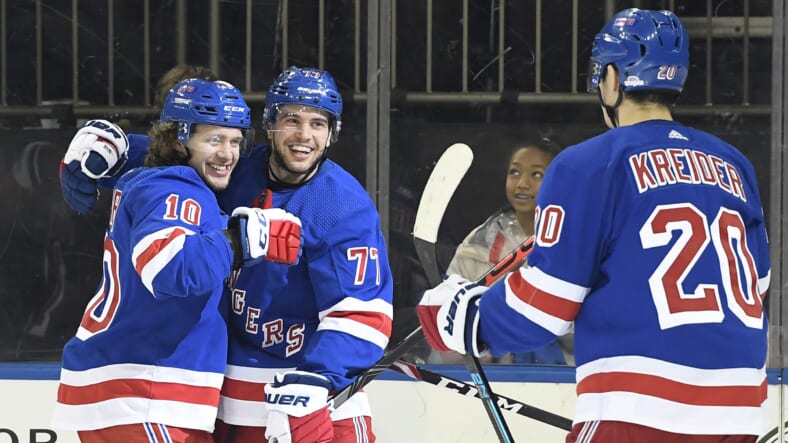 The National Hockey League Players’ Association’s Executive Board is expected to approve a 24-team Return to Play proposal put forth by the NHL according to TSN Hockey Insider Bob McKenzie. At the time of his report, McKenzie indicated that he was informed that the vote was finished, or close to finished and that the players will approve the 24-team format. This format would include the New York Rangers.

If that is indeed the case, and I believe team by team balloting has concluded or will conclude shortly, it should pave the way for the NHL and NHLPA to perhaps formally announce the RTP format in the coming days.

The New York Rangers should be in the play-in round

The most recent reports on the return to play format have the teams seeded one through 12, based on points percentage. That would put the Rangers as the eleventh seed, where they would face the Carolina Panthers. Dates, times, and places would not be immediately known, as the league is still working on where these games would be played, most likely in some kind of hub community. It is also not known if the higher seeds would get some kind of built-in advantage, like being awarded a game in the best of five series. Some teams and players have stated that higher seeds should get some kind of advantage in this expanded format.

This may have been why McKenzie stated on Thursday that the NHLPA executive committee conference call got “a little heated at times” and various individual players still have a wide variety of views on the NHL’s Return to Play proposal. However, his sources indicated that at least 18 of the 31 representatives would vote in favor of the proposal, the minimum number needed for approval.

The league is also considering several hub cities as an option to resume play in a centralized manner but has repeatedly said they are not close to determining what locations will be used. The league will have to monitor what local, state, province, and even national governments say about what can be done. One of the biggest barriers, for example, is the 14-day quarantine that is in effect for any person that enters Canada.