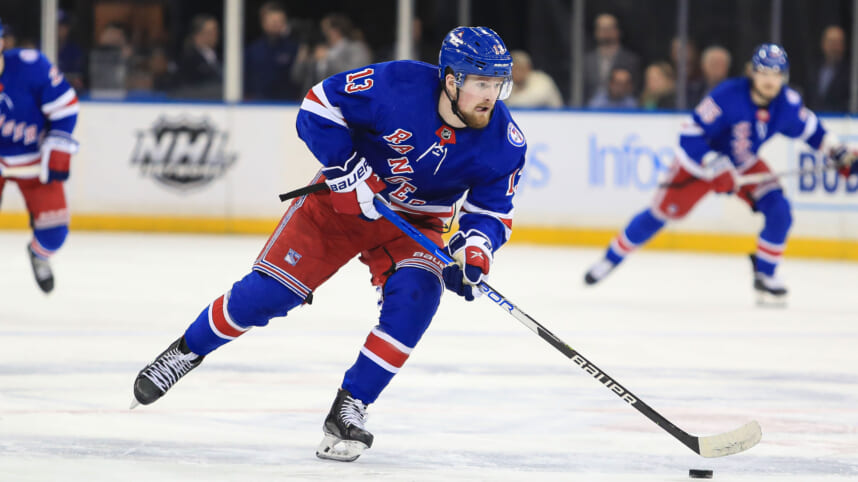 The New York Rangers’ loss to the Boston Bruins in overtime was the last thing to worry about as the concern of a foot injury to Alexis Lafreniere took priority when the game concluded.

The New York Rangers may have avoided a major injury after forward Alexis Lafreniere suffered what looked to be a major foot injury in the third period of the team’s 3-2 overtime loss to the Boston Bruins on Wednesday night at TD Garden.

Lafreniere took a slapshot to the foot off of a shot from Bruins Hunter Skinner with 5:11 seconds remaining in the game. The Ranger’s first-round pick in the 202 NHL draft struggled to the bench and could be seen yelling “my foot, my foot” to trainer Jim Ransey. He remained on the bench but didn’t take another shift in the third period or overtime.

About half an hour after the contest ended, Rangers beat reporter Colin Spehenson Twitted that the Ranger reported, “Lafreniere is fine.”

A huge sigh of relief to the organization and for fans to read.

Prior to the injury, Lafreniere had scored a goal and had played over a minute in killing penalties for the Blueshirts.

The club seems to have avoided a major injury and now can continue with the “kids” line (Laffy with Filip Chytil and Kappo Kakko) intact as the team prepares for an opening night game against the Tampa bay Lightning on Oct 11 at MSG.

The Ranger’s next two games will be against the New Jersey Devils beginning Thursday at MSG and Friday at the Prudential Center.