Rangers have an offer on table for D Nils Lundkvist (Report) 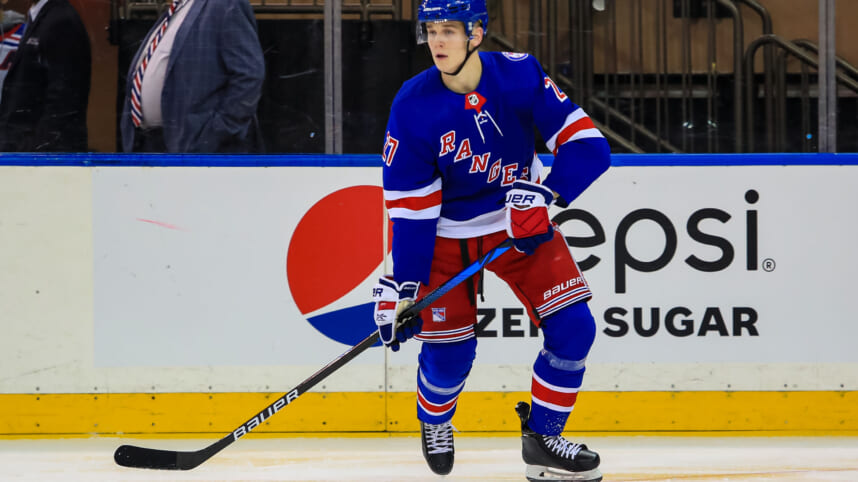 The New York Rangers are fielding offers for defenseman Nils Lundqvist per The Athletics Arthur Staple.

There had been reports that New York Rangers defenseman Nils Lundkvist had requested a trade last week with training camp just three weeks away. The Athletic’s Arthur Stable confirmed a story by Larry Brooks that a trade was requested, and the GM Chris Drury has been trying to move the disgruntled defenseman.

Lundkvist, 22, was the Rangers’ first-round pick, 28th overall, in the 2018 NHL Draft. The right-handed defenseman played in 25 games for the Blueshirts last season. He recorded four points (one goal) but lost his spot to Braden Schneider in late December. Lundkvist went to Hartford and had 3 goals and 15 points in 34 games.

The Rangers have been offered a second-round pick for Lundkvist per sources:

Two sources said that the Rangers have been offered a second-round pick for Lundkvist, an offer that’s been on the table since Claude Lemieux, Lundkvist’s agent, requested a trade before the deadline in March. It’s believed to be a high-second rounder — it was likely for the June draft from a team at the bottom of last season’s standings — and the sources indicated the offer of a second for next year’s draft is still good.

Lundkvist and the Rangers would be smart to avoid a loan to an international team, as they did with Russian winger Vitali Kravtsov last season.

There is a strong possibility that Luindkvist refuses to attend training camp, which begins Sept.21, and decides to stay in Sweden to train. Drury would be forced to loan him to Luleå of the SHL.

This would tie the team’s hands in regards to trades or recalls depending on what agreement Drury and Luleå agree to.