Rangers’ European players are heading back to New York (Report) 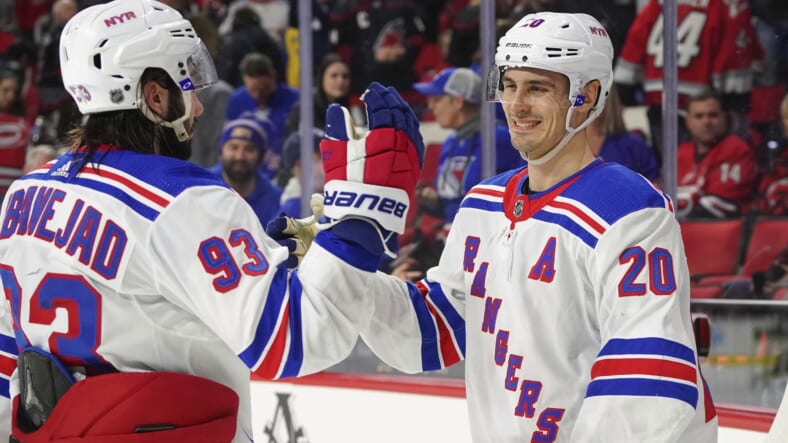 New York Rangers’ European players who have been sitting out the pandemic in their home countries are expected to return to New York via a report by Newsday’s Colin Stephenson.

The agent of Pavel Buchnevich confirmed to Stephenson that his client would be heading to New York next week. Other players who will be returning include Henrik Lundqvist, Mika Zibanejad, Kaapo Kakko, Filip Chytil, Jesper Fast, and Alexandar Georgiev.

Most of #Rangers' European players to return to New York next week | @ColinSNewsday https://t.co/aXHXsCc85t #NYR pic.twitter.com/yxau5tO6Jq

Based on the current CDC guidelines, these players will have to self-quarantine for 14 days prior to reporting to the Rangers training camp which is scheduled to begin on July 10.

Artemi Panarin and Igor Shesterkin remained in the United States during the league’s shutdown. Panarin has already skated at the team’s Tarrytown facility when Phase 2 of the NHL’s Return To Play plan kicked in on June 8.

Shesterkin has been in Florida skating with other NHL players which include Washington Capitals star Alex Ovechkin. Â The state of Florida has had a massive spike in COVID-19 cases this week with a staggering 3,800 positive tests reported on Friday. Â It is unclear at the time if the rookie goaltender will have to self-isolate when he returns to New York State.

The NHL is reported on Friday that 200 players have reported to their team’s training facility since Phase 2 began with 11 players testing positive.

ESPN reported that the Tampa Bay Lightning had several players and staffers tested positive for COVID-19 and were forced to shut down their facility.