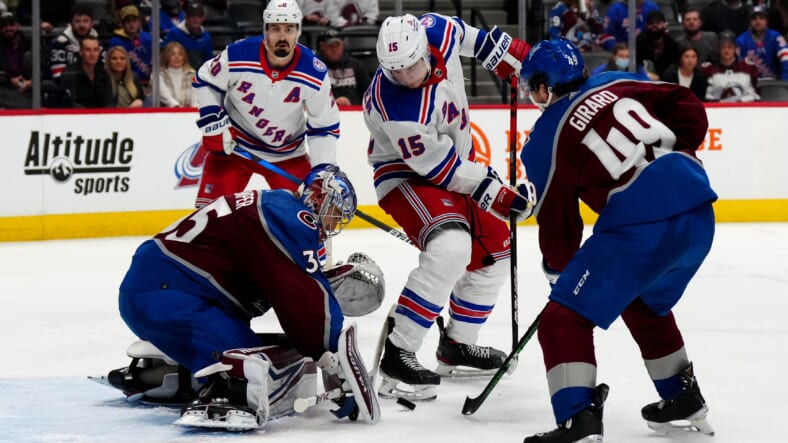 The New York Rangers were defeated by the Colorado Avalanche 4-2 on Tuesday night, their second loss in a row.

The New York Rangers are a good hockey club, yet they were no match for the complete game the Colorado Avalanche put on display Tuesday night in their 4-2 win.

Ryan Strome and Julien Gauthier scored for the Blueshirts with Alexandar Georgiev making 27 saves in the loss. Â The Rangers have now lost their last three out of four games following their seven-game winning streak.

Strome found some positive things coming from the loss.

“I think itâ€™s a great opportunity for growth,” Strome told Mollie Walker of the New York Post. â€œWhen things are going well, sometimes you get a little bit complacent, and sometimes itâ€™s a little bit of a reality check. Although itâ€™s a loss, I think that the effort was there. Teams that are good go through adversity no matter where it is in the season, and maybe weâ€™re facing a little bit of it now before Christmas.â€

Ryan Strome scored to cut the Avalanche lead in half at 10:31 of the 2nd period with his sixth goal of the year.

In the third period, with the Rangers down by a score of 3-1, Gauthier scored his second of the season, with Geogiev pulled for an extra attacker.

Ryan Strome scored his sixth goal of the season and fourth in his last nine games. Strome has five points (3G-2A) in his last seven games and 16 points (5G-11A) in his last 18 games.

Artemi Panarin notched his team-leading 33rd point of the season with an assist, his 24th of the year. Panarin has recorded 10 points (3G-7A) in his last six games and has points in seven of his last nine games (5G-9A), four of them being multi-point games.

The Rangers visit the Arizona Coyotes on Wednesday night with a 9 p.m. Eastern time faceoff.