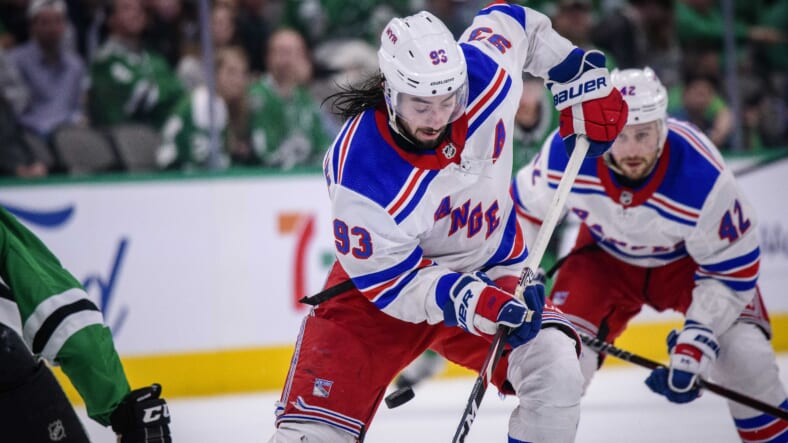 The New York Rangers “flipped the script” in defeating the Washington Capitals 3-1. Coming off last night’s disappointing loss, Mika Zibanejad broke a tie with 2:32 remaining in the third period to lead the Rangers to the victory.

Brett Howden scored into an empty net with 28 seconds left for the final Rangers goal.

Adam Fox continues his solid play for the Rangers. Fox made an excellent pass to Pavel Buchnevich on the Ranger’s first goal. Per NYR StatsandInfo, Fox recorded his 50th career assist and 60th career point in his 99th career NHL game. The only Ranger defensemen who recorded more assists and points than Fox has within their first 100 career NHL games are Brian Leetch, Sergei Zubov, and Reijo Ruotsalainen. Also, ten of Fox’s 16 assists this season have been primary assists, and he is tied for seventh among NHL defensemen in primary assists in 2020-21.

The New York Rangers will be without Quinn for a few more games, Johnson for the season.

Jack Johnson will miss the remainder of the campaign after undergoing core muscle repair surgery, the team announced Saturday.Â  Johnson had a limited role with the Rangers, averaging a career-low 16:58 per game while only finding his way into the lineup 13 times. He finishes the season with one goal and no assists.

Head Coach David Quinn will probably miss at least two more games, based on the NHLâ€™s Positive Test Protocol as speculated by the NY Post’s Larry Brooks. The protocol states that â€œUpon the passage of 10 days since the first positive test, provided the individual has remained asymptomatic during the entire period of their self-isolation; and Satisfaction of the Additional Criteria in 4.3 [that mandates the team physician and infectious disease expert must conclude the individual, â€˜no longer presents a risk of infection to others.â€™â€

There is also the condition that pertains to persons with symptoms at the time of testing or thereafter states that quarantine may end, â€œIf at least 10 days have passed since symptoms first appeared and at least 24 hours since last fever without the use of fever-reducing medications.

All of this points to a possible return next Friday or Saturday for Quinn.

Keith Kinkaid talked about how important this win was after last night’s loss. “It was basically the same script but I guess you would say that we flipped the script,” Kinkaid said in his post-game Zoom conference. Our attention to detail and our blocking shots at the end of the game were huge.”

Kinkaid stopped 28 of 29 shots faced, including 11 in the third period.

The Rangers will be back in action on Monday night when they host the struggling Buffalo Sabres.